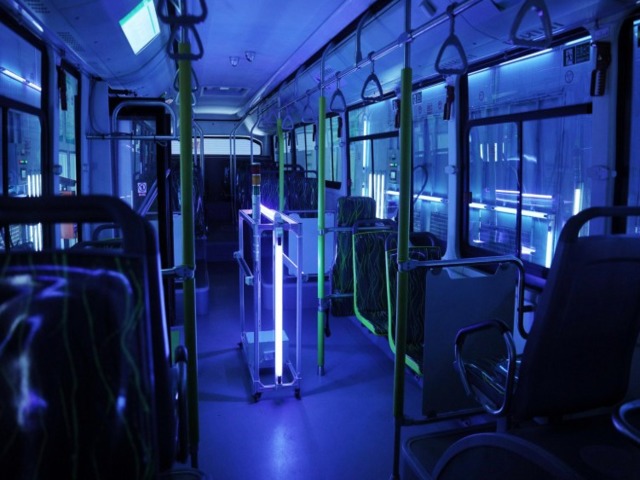 Dr Jitendra Singh, Union Minister of State for Science and Technology had informed that Ultra Violet-C or UV-C Disinfection Technology will soon be installed in Parliament for mitigating the airborne transmission of SARS-CoV-2.

The UV-C disinfection technology has been developed by the Central Scientific Instruments Organisation (CSIO) under the Council of Scientific and Industrial Research (CSIR), affiliated with the Union Ministry of Science and Technology. It will be installed in the Lok Sabha Chamber and Committee rooms 62 and 63, and the Central Hall during the monsoon session of Parliament.

Even post-installation, everyone has been advised to follow COVID-19 protocols and appropriate behavior including face masks, avoid crowding and maintain social distancing.

• The UV-C Disinfection Technology creates a relatively safer indoor environment amid the COVID-19 pandemic. It can be implemented in large conference rooms, auditoriums, malls, classrooms, buildings, and transport vehicles.

• The UV-C technology disinfects indoors by neutralizing fungus, bacteria, and other bio-aerosols with 254nm UV light. It is capable to mitigate the fungal infections caused during the second wave of pandemic.

• In June 2020, a paper published in Scientific Reports noted that UV-C radiation can destroy the outer coating of the spike protein of SARS-CoV-2. The reported stated 222nm UV light, also known as far-UVC light, is efficient at killing airborne coronaviruses, including Alpha HCoV-229E and Beta HCoV-OC43. To be noted, these are different from the variants of the SARS-CoV-2 virus.

• Currently, there is not much data on how effective UV-C radiation is at killing SARS-CoV-2. Hiroshima University researchers conducted an in-vitro experiment that noted that 99.7 per cent of the SARS-CoV-2 virus was efficiently neutralized when exposed to 222nm UV-C irradiation at 0.1 nW/cm2 for 30 seconds. The experiment was published in the American Journal of Infection Control in September 2020.

• Radiological researchers have demonstrated in 2018 that UV-C light is capable of controlling the spread of airborne microbial diseases.

• UV-C radiation with a wavelength of approximately 254 nm has been in use to disinfect the air across hospitals, laboratories, and water treatments for decades. However, they are placed in unoccupied rooms to avoid health problems in humans.

• Studies by radiological researchers have shown that 207-222nm UV-C light does not pose harm to human skin. The UV-C light has an extremely limited range and is not a human health hazard as it cannot get beyond the outer dead-cell layer of human skin. But since the bacteria and viruses are smaller than human cells, hence UV-C light can target their DNA and neutralize them.

• However, few researchers have noted that UV-C radiation can be harmful to the eyes and skin if exposed directly for a longer duration.

• The Ministry of Science and Technology has not mentioned the wavelength or duration of UV-C light but has noted that the technology has been tested to disinfect air more than 99 per cent.