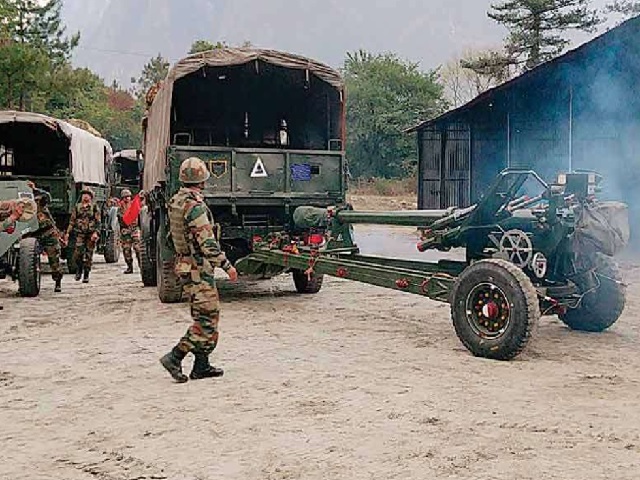 The Minister of State for Defence Ajay Bhatt in Lok Sabha on July 22, 2021, introduced ‘The Essential Defence Services Bill, 2021’ which seeks to prohibit any form of agitation or strike by anyone engaged in the essential defence services.

The bill was introduced by the Government amid the din created by the Opposition over three new farm laws, and the alleged Pegasus Controversy in Lok Sabha.

What is Indian Ordnance Factories?

The Indian Ordnance Factories is the oldest and the largest industrial set up which functions under the Department of Defence Production of the Defence Ministry.

The factories form an integrated base for the indigenous production of defence hardware and equipment, with the primary objective of self-reliance in equipping the armed forces with state of art battlefield equipment.

What does the bill allow Government to do?

The Essential Defence Services Bill, 2021, will allow the Government to declare the services mentioned in it as essential services “the termination of the work of which will prejudicially affect the production of the defence equipment or goods; or the operation or maintenance of any form of establishment or unit engaged in the production of equipment or goods required for any purpose connected with the defence; or repair or maintenance of products connected with defence.

The bill will also prohibit lockouts and strikes in any industrial establishment or the unit engaged in essential defence services.

The Central Government, in June 2020, had announced the corporatization of the Ordnance Factory Board. Under it, the 41 factories ammunition and other equipment to the armed forces will become part of seven government-owned corporate entities.

The Ordnance Factory Board (OFB) was directly under the Defence Production Department and had worked as an arm of the Government. The Center claimed that the decision was taken to improve the efficiency and the accountability of these factories.

While announcing the decision, the Union Defence Minister Rajnath Singh had assured that the interests of the Ordnance Factory Board employees will be safeguarded.

However, the latest bill mentions that there is a threat that the employees of these factories can go on strike against the decision. The recognized federation of employees gave a notice for an indefinite strike and the conciliation proceedings by the Government failed in the meeting held on June 15, 2021.

Who will be impacted?

The Essential Defence Services Bill has a direct bearing on around 70,000 employees of 41 Ordnance Factories. The employees are unhappy with the corporatization of OFB and fear that it will impact their service and retirement conditions.

However, the Defence Minister had clarified, through which the decision got the nod, that there should be no change in the service condition of around 70,000 employees of Ordnance Factory Board.

The employee Union and Association, in 2020 as well, had threatened to go on a strike when the government had declared that it will start the process towards OFB corporatization.