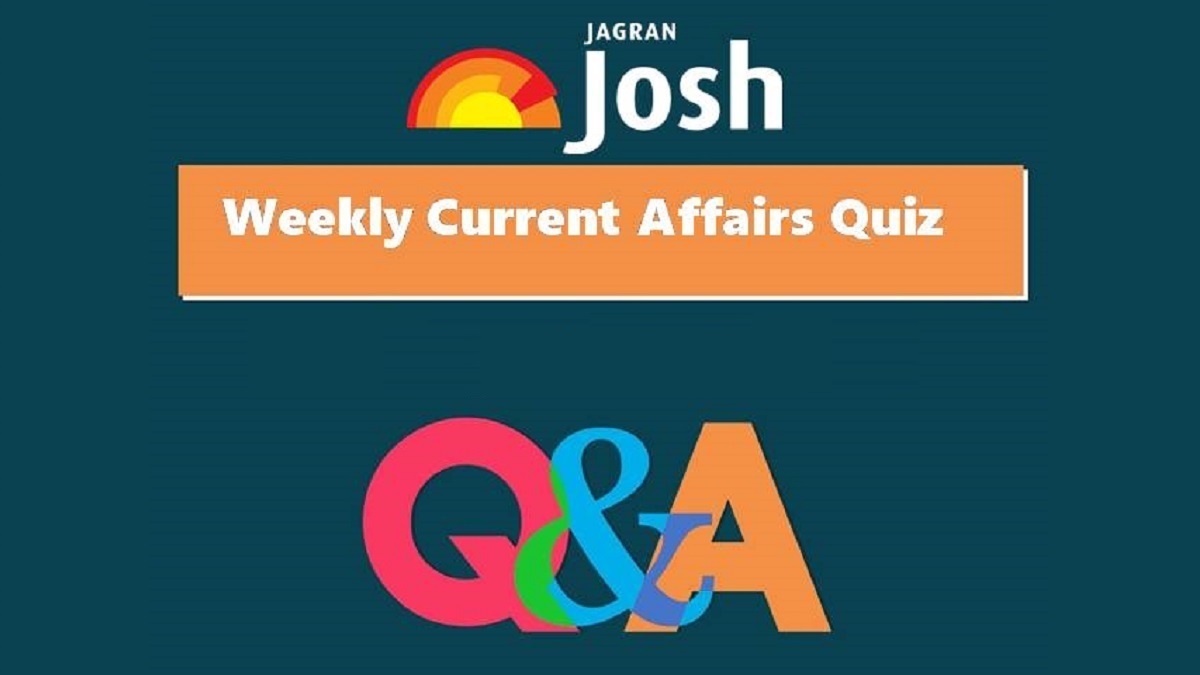 1. RBI has hiked the policy repo rate by how much much basis points?

2. J&K Delimitation Commission has proposed how many seats in the Jammu region?

3. What is the name of India’s first Venus Mission?

4. Which country hosted the India-Nordic Summit 2022?

5. When will the first total Lunar Eclipse of 2022 be visible?

6. US FDA has limited the use of which company’s COVID-19 vaccine over blood clot risk?

7. Which of the following marine mammal is on the verge of extinction?

8. Nand Mulchandani has been appointed as the first-ever Chief Technology Officer of which agency?

10. Which among the following is the first Indian sports documentary to feature among FIFA+ Originals?

a) Sachin: A Billion Dreams

b) Beyond All Boundaries

The Reserve Bank of India (RBI) in a sudden move on May 4, 2022 increased the policy repo rate by 40 basis points to 4.40 percent with immediate effect. This was decided unanimously by the Monetary Policy Committee (MPC) in an off-cycle meeting to reassess the evolving inflation-growth dynamics and the impact of the developments after the MPC meeting of April 6-8, 2022. With this, the standing deposit facility (SDF) rate stands adjusted to 4.15 percent and marginal standing facility (MSF) rate and the Bank Rate to 4.65 percent.

Shukrayaan-1 is the name of India’s first Venus Mission. It is a planned orbiter to Venus to study the planet’s surface and atmosphere. It is expected to be launched in 2024. ISRO was initially aiming to launch the mission in mid-2023 but pandemic-related delays have pushed the launch date to December 2024. A backup launch opportunity may be available in mid-2026 when Venus and Earth are next aligned to minimize spacecraft fuel use during the planetary transit.

The second India-Nordic summit was held in Copenhagen, Denmark on May 4, 2022. Indian Prime Minister Narendra Modi attended the summit along the prime ministers of Denmark, Finland, Iceland, Norway and Sweden. The summit primarily focused on post-pandemic economic recovery, climate change, renewable energy and the evolving global security scenario. The first such summit was held in 2018.

The very first Lunar Eclipse of the year 2022 will take place between May 15 and May 16. The flower moon will enter the Earth’s shadow causing a Lunar Eclipse that will be visible from most parts of the world. The Moon is also called the Blood Moon during Lunar Eclipse due to its reddish hue.

The US Food and Drug Administration (FDA) limited the authorized use of the Johnson & Johnson COVID-19 vaccine on May 5, 2022 saying that it can cause “life-threatening blood clots”. The FDA determined that the risk of thrombosis with thrombocytopenia syndrome (TTS) warrants limiting the authorized use of the vaccine. TTS is a syndrome of rare and potentially life-threatening blood clots in combination with low levels of blood platelets.

The world’s smallest marine mammal ‘Vaquita Porpoise’ are on the verge of extinction with just 10 left in their sole habitat within Mexico’s Gulf of California, as per World Wildlife Data. The vaquita porpoise reproduces just once in every two years. They have been pushed to the brink of extinction after getting accidentally trapped in fishing nets and due to illegal fishing.

Nand Mulchandani is the first Indian-origin person to be appointed as the first-ever Chief Technology Officer of the US Central Intelligence Agency (CIA). Mulchandani has more than 25 years of experience in Silicon Valley as well as the US Department of Defense (DoD).

Satyajit Ray’s 101st birth anniversary was celebrated on May 2, 2022. The legendary filmmaker is known for his remarkable work, which include classics such as ‘Charulata’, ‘Pather Panchali’, and ‘Devi’. Satyajit Ray was also the first Indian to receive an Oscar for Lifetime Achievement and he was bestowed with an Honorary Academy Award in 1992.

India’s star Tokyo Olympian, Kamalpreet Kaur, who had reached the finals of the women’s discus throw event at the Tokyo Olympics 2020, has been provisionally suspended by the Athletics Integrity Unit (AIU) after testing positive for a banned drug. She had finished a commendable sixth in the women’s discus throw final at Tokyo Olympics 2020 with a best throw of 63.70m.The 26-year-old is also a national record holder with a throw of 66.59m at the Indian Grand Prix.

Nicholas Pooran has been appointed as the new captain of the West Indies ODI and T20I teams. This comes after skipper Kieron Pollard announced his retirement from international cricket. Nicholas Pooran has played 37 ODIs and 57 T20Is for West Indies and scored 1121 and 1193 runs respectively. He is a left-handed batsman.

Read: Weekly Current Affairs Questions and Answers: 25 April to 1 May 2022