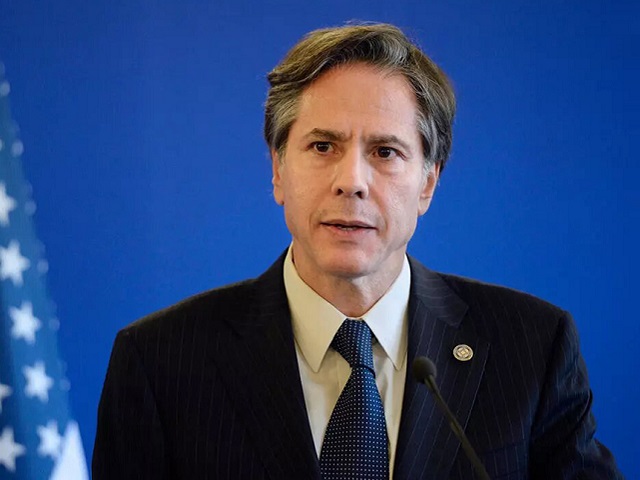 The United States on May 23, 2021 announced “wide-ranging” restrictions on economic and security assistance to Ethiopia and Eritrea over the Tigray crisis.

The US announced visa restrictions on Ethiopian and Eritrean officials accused of fuelling the six-month-old war in Ethiopia’s Tigray region, saying those involved had “taken no meaningful steps to end hostilities.”

The US Secretary of State Antony Blinken said in a statement said, “people in Tigray continue to suffer human rights violations, abuses, and atrocities, and urgently needed humanitarian relief is being blocked by the Ethiopian and Eritrean militaries.”

Blinken stated that “despite significant diplomatic engagement, the parties to the conflict in Tigray have taken no meaningful steps to end hostilities or pursue a peaceful resolution of the political crisis.”

•The US Secretary of State has announced “wide-ranging” restrictions on economic and security assistance to Ethiopia.

•However, he added that US will continue humanitarian aid in areas such as health, food and education.

•The visa restrictions target the current or former Ethiopian or Eritrean government officials and members of the security forces or other individuals.

•Blinken said that the US strongly condemns the killings, forced removals, systemic sexual violence and other human rights violations and abuses.

•He stated that we are equally appalled by the destruction of civilian property including water sources, hospitals, and medical facilities, taking place in Tigray.

•He said that those targeted have conducted “wrongful violence” and other abuses against civilians and have hindered access of humanitarian aid as well as are responsible for undermining the peace process.

•He said that should those responsible for undermining a resolution of the Tigray crisis fail to reverse course, they should anticipate further actions from the United States and the international community.

•Blinken further called on other governments to join the US in taking these actions.

The restrictions come days after the UN Office for the Coordination of Humanitarian Affairs stated humanitarian access to Tigray remains unpredictable with increased incidents of denial of movement of cargo and confiscation of humanitarian vehicles and supplies by those involved in the fighting.

The Tigray crisis started in early November when Ethiopian Prime Minister Abiy Ahmed sent troops to detain and disarm leaders of the regional ruling party, the TPLF in response to its attacks on federal army camps.

The Eritrean troops. who also crossed the border to team up with the Ethiopian military, after fearing attacks by TPLF into its territory, have also been implicated for multiple massacres and other atrocities that have taken place during the Tigray conflict. Eritrea denies these allegations.

Ethiopian Prime Minister Abiy Ahmed, who had won the Nobel Peace Prize in 2019 for ending the 20-year territorial stalemate between Ethiopia and Eritrea, had vowed to end the Tigray crisis but the fighting still continues even six months later.

According to the UN office, the fighting has displaced more than 2 million people with more than 63,110 seeking refuge in nearby Sudan. Further, almost 5.2 million people, representing 91% of the country’s population, are in need of assistance.