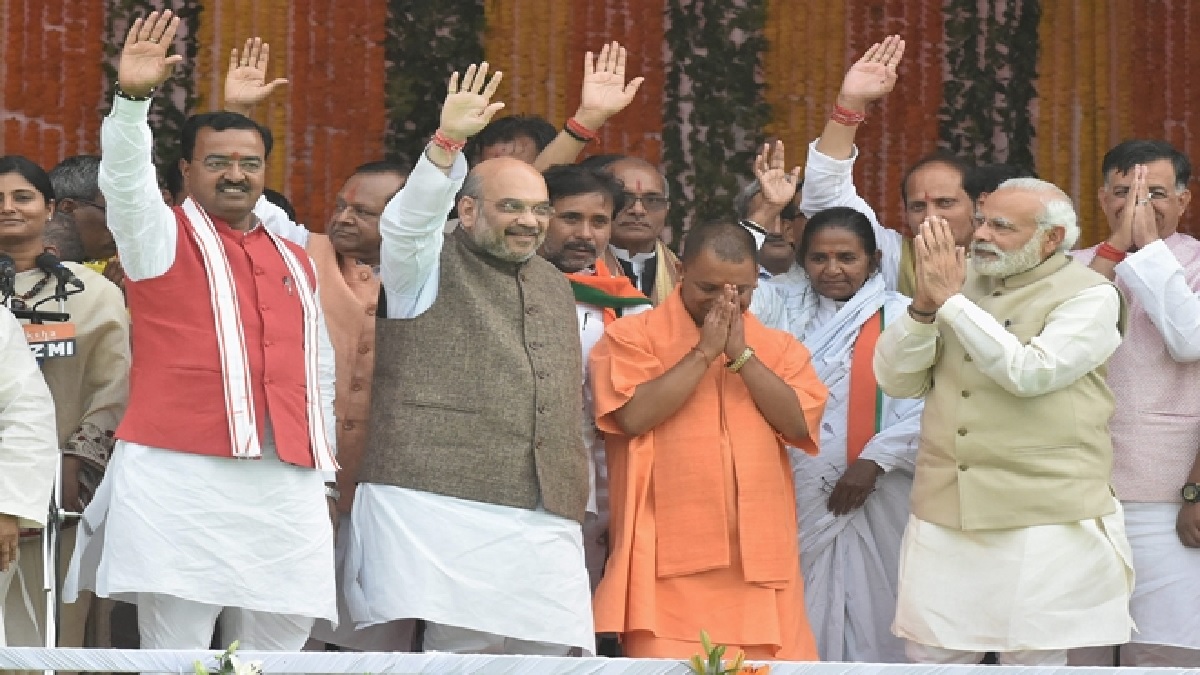 Ahead of the UP CM Oath Ceremony 2022 where Yogi Adityanath will take swear-in as the Chief Minister of UP for a second term, reportedly a last and final meeting for the cabinet formation of BJP-led government in Uttar Pradesh was held at Home Minister Amit Shah’s residence in Delhi on March 23, 2022.

As per the reports, there will be more than 46 ministers in Yogi Adityanath’s new cabinet in Uttar Pradesh. Home Minister Amit Shah along with the former Chief Minister of Jharkhand Raghubar Das has been made the observer of the state and their job is to make sure to maintain a perfect balance in UP Cabinet and council.

Even though the final list of UP Cabinet 2022 is not announced yet, we have provided below the probable ministers who might make it to the UP Cabinet Ministers List.

Reportedly, the central government has suggested five names for the post of Deputy CMs of Uttar Pradesh. As per the reports, the names that are under consideration are- Sri Kant Sharma, Brajesh Pathak, Dinesh Sharma, Baby Rani Maurya, and Keshav Prasad Maurya.

As per the media reports, two scenarios are being discussed and if there will be no consensus, there will be chances of repeating both Deputy CMs.

The Deputy Chief Ministers of Uttar Pradesh who served during the first tenure of the Yogi Adityanath government were Dinesh Sharma and Keshav Prasad Maurya.

UP Cabinet Ministers: Probable candidates who can be on UP cabinet ministers’ list

UP CM Oath Ceremony 2022 to be a grand affair

Yogi Adityanath is all set to take oath as the Chief Minister of Uttar Pradesh on March 25, 2022. UP CM Oath Ceremony 2022 will be a grand event which is set to be attended by the top leaders of BJP including Prime Minister Modi, BJP President JP Nadda, Defence Minister Rajnath Singh among others.

UP CM Oath 2022 will take place at Ekana Cricket Stadium in Lucknow and will be attended by more than 60,000 people including the party workers as well as other prominent experts from various fields.