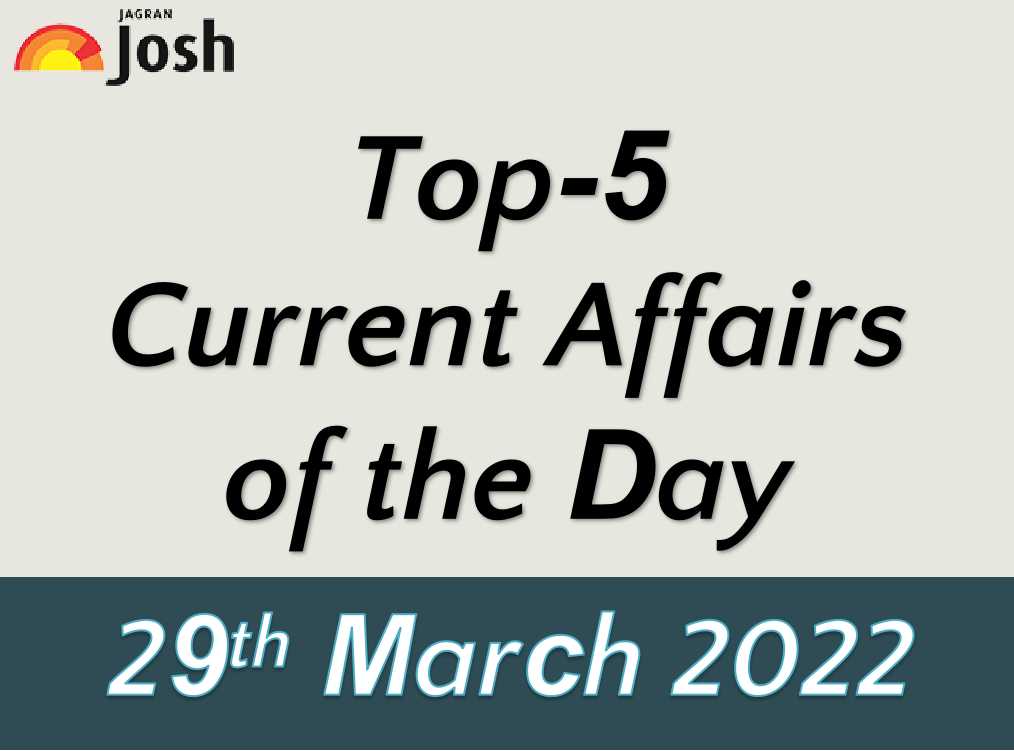 President Ram Nath Kovind will confer the 3rd National Water Awards at a special ceremony today, on March 29, 2022. Uttar Pradesh won first position in the ‘Best State Category’, followed by Rajasthan and Tamil Nadu. Muzaffarnagar in Uttar Pradesh was awarded the first prize in the ‘Best District-North Zone’ category. The National Water Awards recognizes the exemplary work and the efforts made by the States, individuals, districts across the country in attaining the government’s vision of ‘Jal Samridh Bharat’.

IIT Bombay Alumni, Indian American Raj Subramaniam has become the Chief Executive Officer-designate of FedEx. He will replace the Founder and Chairman of FedEx, Frederick W Smith, who will be stepping down from the position on June 1.  Raj Subramaniam will now be FedEx’s new Executive Chairman. He was earlier serving as the President and Chief Operating Officer of FedEx Corporation.

Uttar Pradesh Chief Minister Yogi Adityanath allocated portfolios to 53 Cabinet Ministers on March 28, 2022. The Chief Minister has kept the Department of Home, Vigilance and Personnel along with 34 other crucial departments with him, while Suresh Kumar Khanna has been named state Finance Minister, Surya Pratap Shahi has been named Agriculture Minister, Deputy CM Brajesh Pathak has been given Medical and Health Department and the other deputy CM Keshav Prasad Maurya has been given Rural development, Rural Engineering, Entertainment Tax, Food Processing, National integration and public enterprise.

Indian Navy commissioned the second Indian Naval Air Squadron (INAS) 316 into service at INS Hansa on March 29, 2022. The second squadron will comprise 4  Boeing P-8I multi-role anti-submarine warfare aircraft with twin jet engines. The squadron has been named ‘The Condors’ after one of the largest flying birds in the world. The first batch  of 8 P-81 aircraft were acquired by the Indian Navy in 2013.