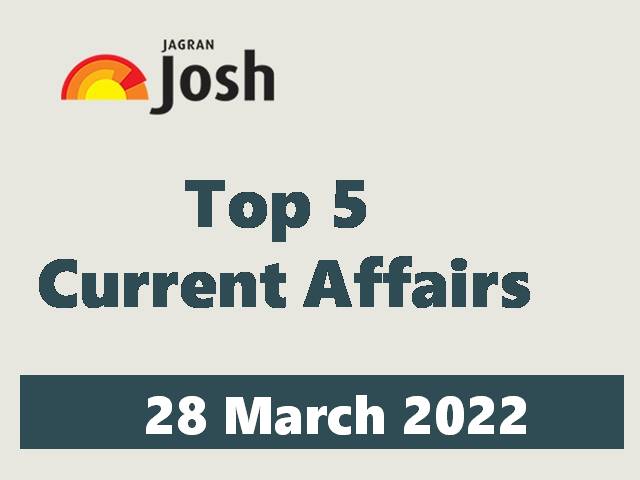 The Criminal Procedure (Identification) Bill, 2022 was introduced by Union Home Minister Amit Shah in the Lok Sabha on March 28, 2022.

A SpiceJet flight SG 160 collided with an electric pole before takeoff at the Delhi Airport earlier today. The airplane ran into a pole during its pushback, causing damage to both the plane and the pole. The passengers are safe and were boarded on a different plane to head towards their destination- Jammu.

The Criminal Procedure (Identification) Bill, 2022 was introduced by Union Home Minister Amit Shah in the Lok Sabha on March 28, 2022. The bill aims to authorise the police to take measurements of convicts and other detained persons for the purposes of their identifications and investigations in criminal matters to preserve records.

Central trade unions have called for two-day Bharat Bandh on March 28 and March 29 in protest against central government policies. The All India Bank Employees Association also announced its support to the two-day nationwide strike. This is expected to cause delays in cheque clearances and transactions in public sector banks.

PV Sindhu beat Thailand’s Busanan Ongbamrungphan by 21-16, 21-8 to win the Swiss Open 2022 women’s singles title on March 27, 2022. This is Sindhu’s second title in this year after Syed Modi India International. PV Sindhu is ranked at the 7th position globally and she beat Busanan, who is ranked 4th currently.

Pramod Sawant was sworn in as the Chief Minister of Goa for a second term on March 28, 2022. Prime Minister Narendra Modi, Defence Minister Rajnath Singh and other dignitaries were present in the swearing-in ceremony. Eight MLAs were also sworn in on the occasion. The Bharatiya Janata Party had won 20 seats in the 40-member state assembly in the recently concluded Goa Assembly Elections 2022