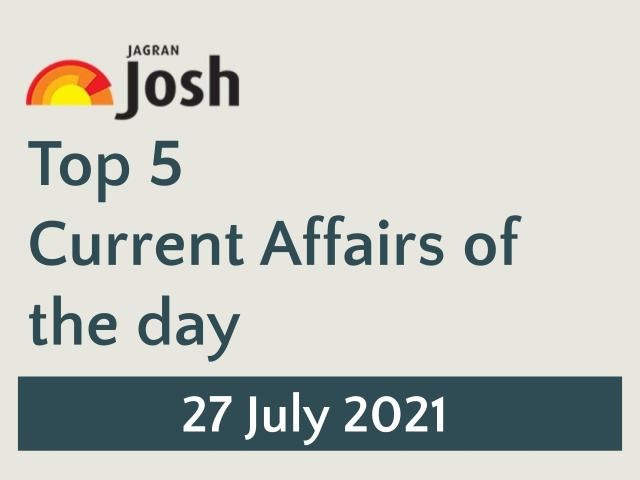 Odisha’s Puri has become the first city in the country to have a Drink from the Tap project. It will dispense the safe hygienic drinking water directly from a tap 24×7.

The US ends combat mission in Iraq

US President and PM of Iraq have announced an agreement to formally end the combat mission by the United States in Iraq by the end of the year. The Iraq invasion by the US had occurred in 2003 as part of the US government’s war on terror after September 11 attacks.

Is Mirabi Chanu going to get a gold medal?

India’s weightlifter Mirabi Chanu who won the silver medal in the women’s weightlifting competition at the Tokyo Olympics 2020 now stands a chance for a medal upgrade to the gold medal. Hou ZhiZhi from China who won the Gold Medal in weightlifting has been directed to undergo a dope test.

Puri first city to have Drink from Tap Project

Odisha’s Puri has become the first city in the country to have a drink from the tap project. It will dispense the safe hygienic drinking water directly from a tap 24×7. The project was launched by the Chief Minister of Odisha Naveen Patnaik. Puri has now been added to the global cities in offering safe and hygienic drinking water directly from the tap.

Lok Sabha has passed the National Institute of Food Technology Entrepreneurship and Management Bill, 2021. With the passing of this bill, two educational institutes have now become Institutions of National Importance. It seeks to provide research in food technology, management, and dissemination of knowledge in such branches.