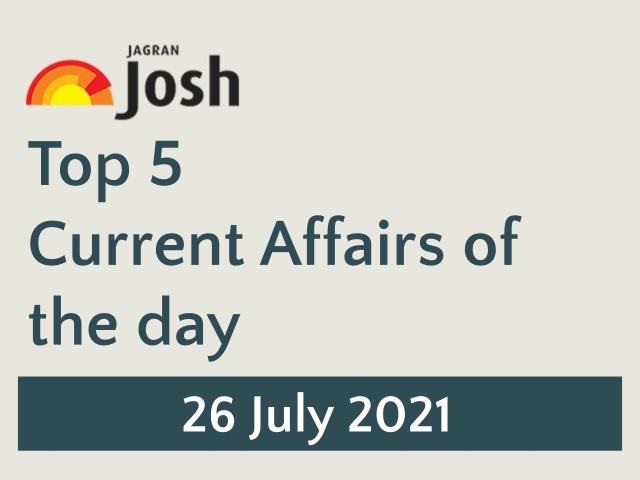 BS Yediyurappa has resigned as the Chief Minister of Karnataka.

Ramapaa Temple in Telangana has been inscribed on the World Heritage List of UNESCO. The temple was built in the 13th century by the rulers Rudradev and Recharla Rudra of the Kakitya Dynasty. The Government in 2019 had proposed the temple for nomination in a world heritage site.

After months of speculation, BS Yediyurappa has resigned as the Chief Minister of Karnataka. His resignation was accepted by the Governor of the state Thawar Chand Gehlot. The talks to bring change in the state were being held for the past few months. Yediyurappa will serve as a caretaker until the new CM is announced.

The new IPL 2021 schedule has been announced by the Board of Control for Cricket in India. The schedule is for the remaining matches of IPL 2021 that will be held in the UAE. The tournament which started in April 2021 had to be suspended temporarily because of the detection of COVID positive cases.

A 150 million years old fossilized skeleton was found in the mountains of Southern Chile. They are now determined to be grandfathers of current crocodiles which will allow the scientists to determine how they evolved and went from being terrestrial to aquatic. Crocodiles appeared at the beginning of the Jurassic Period.