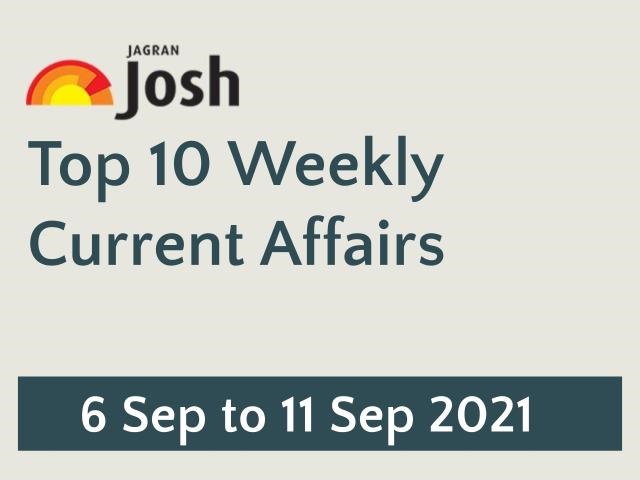 A team of the National Centre for Disease Control was sent to Kozhikode in Kerala after a 12-year boy in the district died because of Nipah Virus. The deadly infection is caused by the fruit bats and the virus is also known to be potentially fatal for humans. Along with respiratory illness, the virus can result in dizziness, headache, fever, among other problems.

The United Arab Emirates has launched a new Green Visa. It will allow foreigners to work in the country without being sponsored by the employer and will also permit them to apply for work with fewer restrictions. The decision by the government was taken to boost the economy of the country. It will also loosen up the residency requirements.

Cuba has become the first country in the world to vaccinate toddlers with the COVID-19 vaccine. The kids from the age of 2 in Cuba are being vaccinated with two homegrown vaccines- Soberana and Abdala. However, the mentioned vaccines have not yet received approval from the World Health Organization. Cuba started the new school year from September 6.

Inspiration4 is the first all civilian space mission that will orbit with no astronaut on board. The mission by SpaceX is all set to be launched on September 15, 2021. Under the space mission, a group of four private citizens will be taken into space for three days without any astronaut. Inspiration4 will orbit the Earth at 575 km.

DM from Noida, Suhas LY, has become the first IAS officer in India to win a medal in Badminton at the Paralympics Games 2020. He made history by winning the silver medal in the men’s singles category. Suhas LY has an impairment in one of his ankles. Prime Minister Modi, President Ram Nath Kovind, and UP CM Adityanath also congratulated him on the win.

New Cabinet of Taliban in Afghanistan

After weeks of deliberation, a new cabinet of ministers has been formed by the Taliban in Afghanistan. Mullah Hasan Akhund will lead the new Taliban government which has an all-male cabinet, including 5 who have been designated as terrorists by the UN. The new government in Afghanistan has a total of 33 ministers who are drawn entirely from the organization’s ranks.

Ceasefire agreement between Government and NSCN

A squad with 15 members for the upcoming Indian Men’s T20 World Cup 2021 has been announced by India. The team will include It includes R Ashwin, Jasprit Bumrah, Mohammed Shami, and Bhuvneshwar Kumar along with former skipper MS Dhoni as the team mentor. The Indian team had won the first T20 World Cup under MS Dhoni’s captainship.

The former Army Officer Gurmit Singh has been announced as the new Governor of Uttarakhand by the President of India Ram Nath Kovind. The President has also made a number of other new appointments of Governors in five states. In Uttarakhand, Lieutenant-General Gurmit Singh will succeed Baby Rani Maurya as the new Governor. Baby Rani Maurya had recently submitted her resignation.

Mega IAF project has received its final approval from the Central Government. Under the project, worth Rs 10,990 crores, 6 AEW&C (Airborne Early Warning and Control) aircraft will be built to increase the surveillance capability of the Indian Air Force. It will be done along the borders with China and Pakistan.