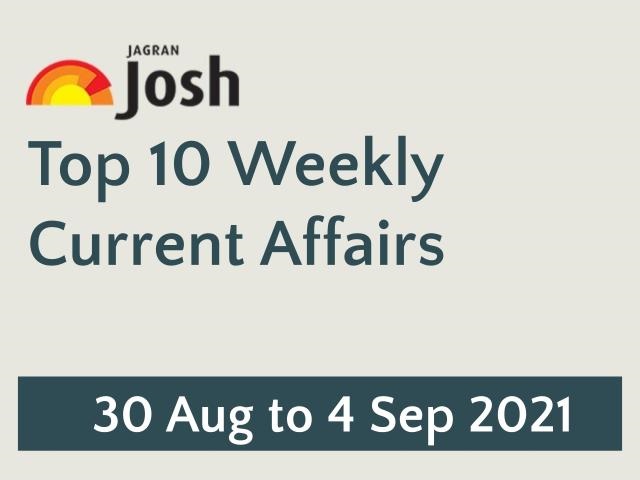 The medal tally of India at Tokyo Paralympics 2020 has now gone up to 12 medals including two gold, six silver, and four bronze medals making it the country’s best medal tally at a single edition of Paralympic Games after 4 medals at Rio Paralympics. Avani Lekharan created history during the Paralympics by becoming the first Indian woman to win two medals at the games.

COVID-19 third wave in India to be less infectious

A scientist from IIT-Kanpur has said that India may see a third wave of Coronavirus peaking between October and November 2021. He further added that, however, the intensity of the third wave is expected to be much lower than the second wave. Mahindra Aggarwal is a part of the three member-team of experts who predict any increase in COVID-19 infections.

India held its first formal meeting with the Taliban. It took place following a request by the Taliban leaders. The meeting took place between India’s ambassador to Qatar Deepak Mittal and Sher Mohammad Abbas Stanekzai. Taliban militants earlier in August 2021 had taken control over war-torn Afghanistan.

As per the recently released report, the people living in Northern India can lose more than 9 years of life expectancy. It might happen if the air pollution levels of 2019 persist and are not cut off. The air pollution levels have expanded over time geographically. They have increased in MP and Maharashtra so much that a person is now losing an additional 2.5 and 2.9 years of life.

Ladakh has got the world’s highest motorable road connecting Leh to Pangong Lake. The road has been constructed by the Indian Army and it stretches through the Kela Pass at an altitude of 18,600 feet. It has also been termed as a strategically significant road as till now, the Khardung La Pass at 18,380 feet was the world’s highest motorable pass.

Former Hurriyat leader of J&K Syed Ali Shah Geelani passed away at the age of 92. He was a separatist leader who had also served as the Chairman of All Parties Hurriyat Conference which is a conglomerate of pro-separatist parties in Jammu & Kashmir. The news was confirmed by (PDP) Chief Mehbooba Mufti.

Dr. Firdausi Qadri, a vaccine scientist from Bangladesh was named as one of the five winners of the 63rd Ramon Magsaysay Awards 2021. It is an annual award and is also known as Asia’s Nobel Prize. The prestigious Ramon Magsaysay award will be conferred to five individuals who have made selfless and extraordinary contributions to society.

Big Boss 13 winner and renowned TV star, Sidharth Shukla passed away due to a heart attack. He was 40. As per the senior Cooper Hospital, he was brought dead to the hospital and had reportedly suffered a massive heart attack. Sidharth Shukla is best known for his role in one of the longest-running TV shows, Balika Vadhu, and other reality shows.

The Prime Minister of Japan Yoshihide Suga informed recently that he does not plan to run again in the election. They will be held by the ruling Liberal Democratic Party in September 2021. The party will have to choose a new candidate for the Prime Ministerial post. Suga had earlier surpassed the longest-serving prime minister of Japan Shinzo Abe, who had resigned in September 2020.