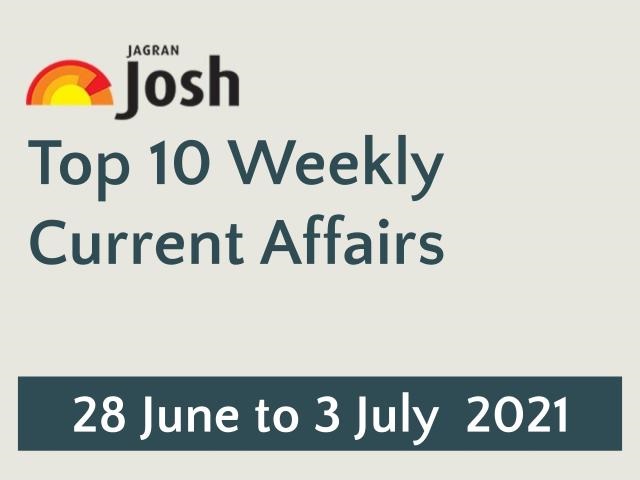 The Government of India has announced Smart City Awards 2020. Uttar Pradesh has emerged on the top, followed by Madhya Pradesh and Tamil Nadu. The themes covered by the awards are- water, governance, social aspects, sanitation, economy, culture, urban environment among others.

Moderna vaccine gets approval in India

Cipla has received approval from the drug regulatory authority of India to import Moderna’s COVID-19 Vaccine for emergency use in the country. Moderna Vaccine will be the first international vaccine in India and the fourth to receive approval for being administered to people.

ICC has confirmed that the ICC Men’s T20 World Cup 2021 will take place in UAE and Oman because of the ongoing pandemic situation in India. BCCI will retain the hosting rights and the tournament will be held from October 17 till November 14, 2021.

A newly discovered species of Spider has been named Icius Tukarami after the 26/11 martyr Tukaram Omble. Assistant sub-inspector Omble laid down his life to capture the terrorist Ajmal Kasab during the attacks in Mumbai.

What is Vaccine Passport?

The international traffic has been expected to pick up with an increasing pace of vaccination coverage all over the world. In the current situation, obtaining a vaccine passport has become extremely significant. The passport has been introduced by various countries to speed up their domestic travel and to allow their own people to travel abroad.

Abhimanyu Mishra has become the youngest Chess Grandmaster at the age of 12 Years. Abhimanyu of India-origin broke the record of 12 years and 7 months set by Russia’s GM Sergey Karjakin in 2002. Abhimanyu Mishra is 12 Years 4 months and 25 days old.

Nine European countries have confirmed that they will permit travel by those individuals who have been vaccinated with the Covishield vaccine of India. All the nations added the vaccine to their Green Passport List after a major diplomatic push.

What is Heat Dome?

Heat Dome is an atmospheric phenomenon that has been causing intense heatwaves in Canada and the US. The soaring temperatures in parts of North America are causing fatalities and severe health crisis. Read more to know about heat dome and what causes it.

Manna Patel has become the first female swimmer from India to qualify for Tokyo Olympics 2021. Patel qualified for the event through the Universality quota. She will also be the third Indian swimmer to take part in the upcoming games after Srihari Natraj and Sajan Prakash.