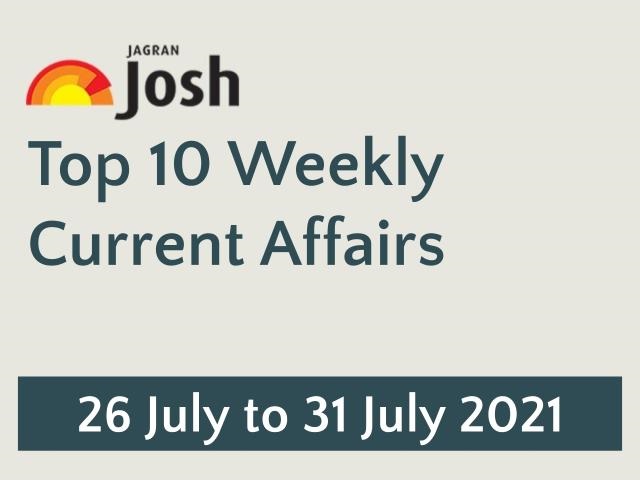 BCCI has announced the new IPL 2021 schedule. It will be for the remaining matches of the Indian Premier League 2021 that will take place in the UAE. IPL tournament which had started in April 2021 was suspended temporarily because of the detection of Coronavirus positive cases.

Chinese Government has announced to build the first of its kind experimental nuclear reactor which will not require water for cooling and is also expected to be safer than the traditional reactors. The prototype is expected to be completed next month.

US President Joe Biden and Iraq’s Prime Minister announced an agreement to formally end the ongoing combat mission by the US in Iraq. It will end by the end of 2021. The United States had invaded Iraq in 2003 as part of the government’s war on terror after September 11 attacks.

Legendary Indian badminton player, Nandu Natekar, passed away at the age of 88. He was the first badminton player from India to have won an International Title in 1956. Natekar was also the recipient of the first Arjuna Award instituted in 1961.

India’s billionaire investor, Rakesh Jhunjhunwala, has announced the launch of an ultra-low-cost airline Akasa Air. With 40 percent ownership and investment of $35 million, Jhunjhunwala informed that the airline is expected to have 70 aircraft within 4 years.

Reservation in Medical and Dental Colleges

The Central government has announced 10% reservation for EWS and 27% for OBS in the medical and dental colleges of the country. The decision has been taken in the All-India Quota Scheme for the post-graduate and undergraduate courses starting from the year 2021-2022.

Lovlina Borgohain has assured another medal for the country by defeating Chen Nien-Chin in the quarterfinals of women’s welterweight at the Tokyo Olympics 2020. The 23-years old Lovlina has become the first woman from Assam and third Indian boxer after Mary Kom and Vijender Singh to win an Olympic Medal.