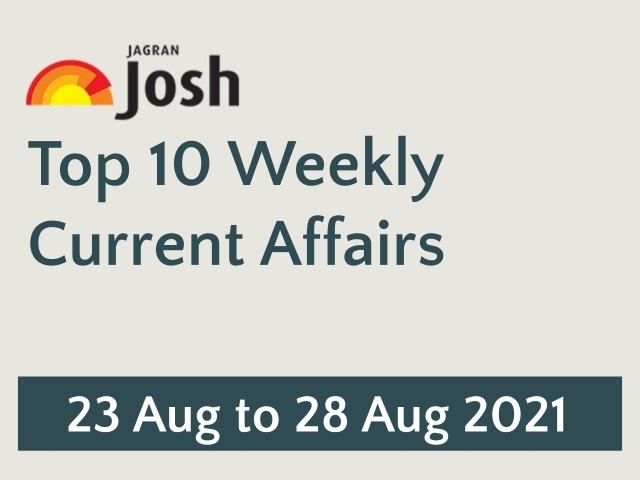 Former UP CM Kalyan Singh passed away at the age of 89, after a prolonged illness. Kalyan Singh was closely associated with the famous Ram Temple Movement and was also one of the prominent BJP leaders who helped shape the rise of the movement. Top leaders of BJP- Amit Shah, PM Modi, Rajnath Singh paid their last respects.

The first smog tower of the country has been inaugurated by CM Arvind Kejriwal in Delhi. The smog tower set up in the National capital is a 24-meter long structure that has been set up to improve the air quality. Smog tower will suck the polluted air and will purify it before re-circulating it back into the atmosphere.

Union Minister Narayan Rane was formally arrested by Maharashtra state police. The arrest took place for his slap remarks against Maharashtra CM Uddhav Thackeray. Two FIRs were registered against Rane, one in Pune and the other one in Nashik, regarding his remarks on the CM.

The Government has awarded three cities from Andhra Pradesh state with ‘Water Plus’ certification. The award has been given under the Swachh Bharat Mission and Swachh Survekshan assessment. A city can be declared ‘Water Plus’ certified only after it has achieved the status of Open Defecation Free.

The Government and MyGov in order to make the process of COVID-19 vaccine slot booking much easier. Now the slot booking can be done easily on WhatsApp. To contact MyGov Corona Helpdesk Chatbot, users can save the WhatsApp number +91 9013151515. Users will be able to book their slots to receive covid vaccination on WhatsApp.

The Government of India has termed the Afghanistan evacuation mission as “Operation Devi Shakti”. The Government has so far evacuated more than 800 people from the war-torn country after the Taliban’s takeover of Kabul. The Union External Affairs Minister S. Jaishankar shared the news of evacuees from Kabul.

The Central Government has cleared all nine names, which also includes three women judges. They were recommended by the Supreme Court Collegium which was headed by the Chief Justice of India N V Ramana. Of the three women judges approved by the government, Justice B V Nagarathna of Karnataka HC could become the first woman CJI of India.

The Government of India has announced New Drone Rules 2021. The new rules by the Civil Aviation Ministry will replace the Unmanned Aircraft System Rules 2021. PM Modi while talking about the latest rules said that the new drone rules announced will help the start-ups and the youths working in this sector.

As the Taliban took over war-torn Afghanistan, two suicide bombers and gunmen attacked Afghans at Kabul’s airport. Reportedly, the attack has killed more than 60 Afghans, 12 US troops. The ISIS-K group has claimed responsibility for the attacks. ISIS-K, the terrorist group’s affiliate in Afghanistan is far more radical than the Taliban.

Reliance Life Sciences which is a part of Reliance Industries will start conducting the trials of its recombinant protein-based COVID-19 vaccine candidate. The approval was given by  India’s drug regulatory authority to the company’s application.