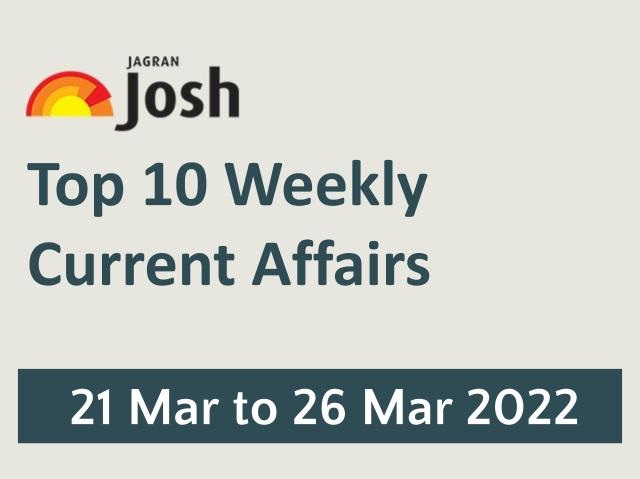 President of India Ram Nath Kovind conferred the Padma Awards 2022 at a civil investiture ceremony at the Rashtrapati Bhavan today. Senior Congress leader Ghulam Nabi Azad was honoured with the Padma Bhushan award in the field of Public Affairs, among others.

A Boeing 737-800 carrying around 133 passengers crashed into a mountain in China’s Guangxi region earlier today, causing a massive fire in the region.  The plane had taken off from Kunming at around 1.11 pm and was scheduled to land at Guangzhou around 3 pm.

Section 144 has been imposed in Kota by the district magistrate from March 22 till April 21 to maintain law and order in view of the screening of the film ‘The Kashmir Files’. The imposition means that no crowding will be allowed outside theatres.

Facts about the Russia-Ukraine war

Russia’s unprovoked invasion of Ukraine is the largest military assault on a European State since World War II. The war has also caused the largest refugee crisis in Europe since the Second World War with over 3.4 million Ukrainians fleeing the country. Read more such facts from the mentioned article.

The reigning Wimbledon and Australian Open Champion Ashleigh Barty announced retirement on March 23, 2022 at the age of 25. She said in a video message saying,” As a person, this is what I want, I want to chase after some other dreams that I have always wanted to do.”

Steve Smith has become the fastest to score 8000 runs in Test cricket by reaching the milestone in his 151st innings. Smith surpassed Sri Lankan legend Kumar Sangakkara who had achieved the feat in 152nd innings. Sachin Tendulkar is the third-fastest cricketer in the world to reach the 8000 Test Runs mark.