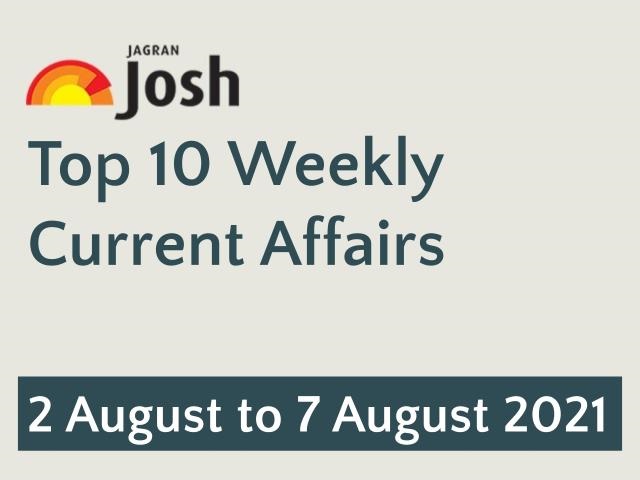 PV Sindhu on August 1, 2021, won a bronze medal in an Olympics match by defeating China’s Bingjiao. With this achievement, PV Sindhu has become the first Indian woman to won two Olympic medals and has become the second Indian to win two medals after Sushil Kumar.

Bhubaneshwar has become the first city in India to achieve 100% COVID vaccination. Reportedly, 18 lakh 16 thousand people in Odisha’s city have been vaccinated against the virus. Around 1 lakh migrants have also been vaccinated with the first dose of vaccine.

There is a new theory behind oxygen growth on Earth

A new theory has been introduced by scientists that suggests that long days on mother Earth are the reason behind the production of breathable air on the planet. It has been suggested that continuous daylight started the microbes into producing more oxygen on Earth.

Rajya Sabha has passed the Essential Defence Services Bill, 2021. The bill was passed in Lok Sabha on August 3. The latest bill empowers the government and allows it to prohibit any form of strikes, lockouts, and layoffs in the units that are engaged in essential defence services.

India’s third Olympic medal has been won by Lovlina Borgohain. She also became the second Indian female boxer after Mary Kom to win a bronze medal in Olympics. This is India’s third medal at the ongoing Olympic Games 2020 after Mirabi Chanu won Silver and Sindhu won Bronze.

Ram Temple in Ayodhya to be opened by December 2023

The Indian Men’s Hockey team won a bronze medal in Olympics 2020 after a 5-4 victory over Germany at the Tokyo Games. This was the first Olympics medal brought home by the Indian Hockey team after 41 years. The Indian team had won the last Olympic medal in Hockey in 1980.