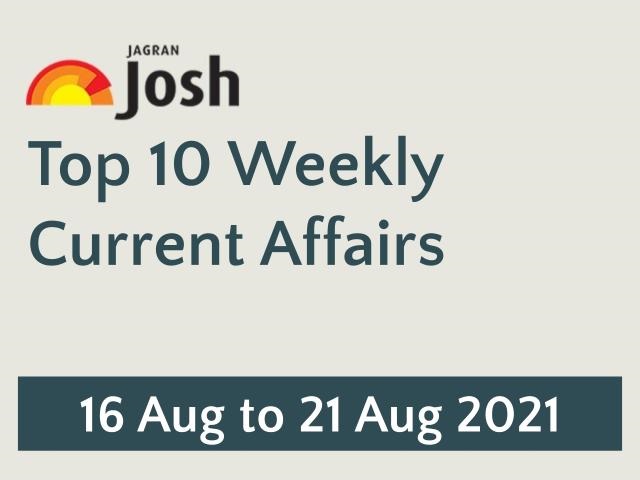 Taliban Commander Abdul Ghani Baradar has been announced as the new President of Afghanistan. The move came after Afghan President Ashraf Ghani fled to Tajikistan fled the country after Taliban fighters took control of the presidential palace in Kabul.

Fortified rice under all schemes

PM Modi in his Independence Day speech on August 15, 2021announced that the rice distributed under various government schemes including Public Distribution System and Mid-day meals in schools will be fortified by the year 2024 to tackle malnutrition.

New category of electronic visa for Afghans by India

Indian Government has announced a new category of e visas in order to fast track the applications of Afghans who wish to leave the Taliban-controlled nation. The new category of visa is known as ‘e-Emergency X Misc Visa’.

The Indian Government has announced restrictions on the export of COVID Rapid Antigen Testing Kits. The latest decision by the government has been taken amid the warning of a possible third wave. ICMR also issued an advisory for the COVID-19 home testing kit, particularly in rural areas.

A proposal has been passed by Aligarh’s Zila Panchayat Parishad to rename Aligarh as Harigarh. The proposal was passed unanimously and has been sent to the UP Government for the final decision. If it gets passed, it will add to places that have been renamed in UP under Yogi Adityanath.

Women can now give NDA exam

Delta variant can infect both vaccinated and unvaccinated

As per the study by ICMR, the Delta variant of Coronavirus can infect both vaccinated and unvaccinated individuals. However, the study also mentioned that the mortality rate will be lower in the vaccinated group. It further advises that the scale and rate of vaccine administration must be increased.

Owner of retail chain DMart, Radhakishan Damani has entered a list of the world’s 100 richest people. Damani has been ranked at 98 on the list with a net worth of $19.2 billion. His total net worth has been increased by nearly 60% from $12 billion to $19.3 billion.

Chinese Government has given its approval to a three-child policy in the country. It has marked a major policy shift to prevent a major decline in the birth rate in China. The latest decision by China has also marked the end of the world’s most populous nation’s strict two-child policy rule.

Odisha CM Naveen Patnaik has launched Smart Health Cards for 3.5 crore people in the state. The health cards in Odisha have been launched under Biju Swasthya Kalyan Yojana and aims at transforming the health delivery system of the state.