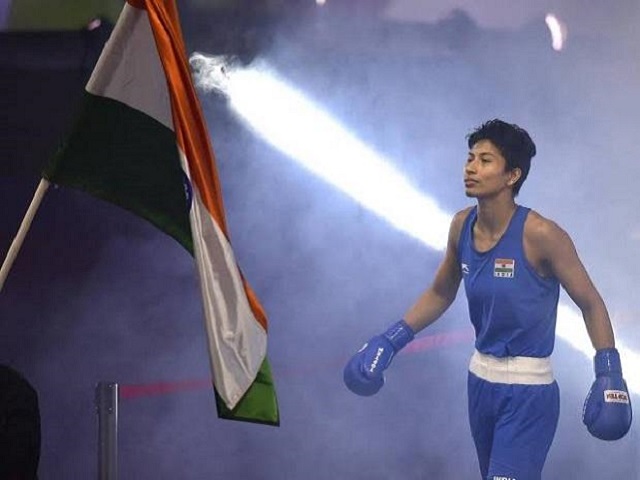 Olympic debutant Lovlina Borgohain has assured India of another medal by defeating world no. 2 Chen Nien-Chin of Chinese Taipei 4-1 in the quarterfinals of women’s welterweight event at Tokyo Olympics 2020.

@LovlinaBorgohai became first Assamese woman & first 🇮🇳 boxer to win an Olympic medal at @Tokyo2020 but she didn’t became olympic medalist overnight. Take a look as we throw some light on her journey so far 👇🏻#RingKeBaazigar#boxing#Tokyo2020#Cheer4India#TeamIndia pic.twitter.com/DryuBXQU5y

Lovlina Borgohain has assured India of at least a bronze medal. She will face current world champion Turkey’s Busenaz Surmeneli in the welterweight semifinal match on August 4. If Borgohain manages to beat Surmeneli, she will create history by becoming the first Indian boxer to win a silver or gold medal in the Olympics.

India has one medal in its Tokyo Olympic medal tally so far, Mirabai Chanu’s silver in women’s 49kg category.

This is a BIG punch ❤️

You continue to make us proud #LovlinaBorgohain and keep India’s flag high & shining at #TokyoOlympics2020.

Speaking after her quarterfinal win, Borgohain said “I know that whole India is praying for me so I tried not take pressure and fought as fearlessly as I could.”

Speaking about her inspiration, she said that Mary Kom has been a huge inspiration for her right from the start of her Boxing career. She also mentioned that she has seen Muhammad Ali’s videos and she tries to copy his footwork technique and long punches.

“I know that whole India is praying for me so I tried not take pressure and fought as fearlessly as I could.” @LovlinaBorgohai #RingKeBaazigar#boxing#Tokyo2020#Cheer4India#TeamIndia pic.twitter.com/IxQCe7GK6v

Who is Lovlina Borgohain?

•Lovlina Borgohain hails from the Golaghat district of Assam. Her father is a small-scale businessman.

•Lovlina started her career as a kickboxer but later switched to boxing when she found the opportunity to do so. She participated in the trials that were held at her high school by the Sports Authority of India.

•She was noticed and selected by renowned Coach Padum Boro, who began training her in 2012.

•Her elder twin sisters Licha and Lima had also competed in kickboxing at the national level but did not pursue it beyond that.

•Her biggest break was when she was selected to participate in the 2018 Commonwealth Games in the welterweight boxing category. She failed to win a medal though after losing in the quarterfinals.

•She had previously won a gold medal in the International Boing Championship held in February 2018 in the welterweight category.

•She also won bronze at the Asian Boxing Championships in Vietnam in November 2017.

•She also won bronze at the President’s Cup held in Astana in June 2017.

•She won a silver medal at the Ulaanbaatar Cup in Mongolia in June 2018.

•She went on to win bronze at the 13th International Silesian Championship in Poland in September 2018.

•She represented India at the 2018 AIBA Women’s World Boxing Championship, held in New Delhi, for the first time. She went on to win the bronze medal in Welterweight(69 kg) category.

•She had to settle for bronze again in the 2019 AIBA Women’s World Boxing Championship after getting defeated in the 69 kg category semi-final.