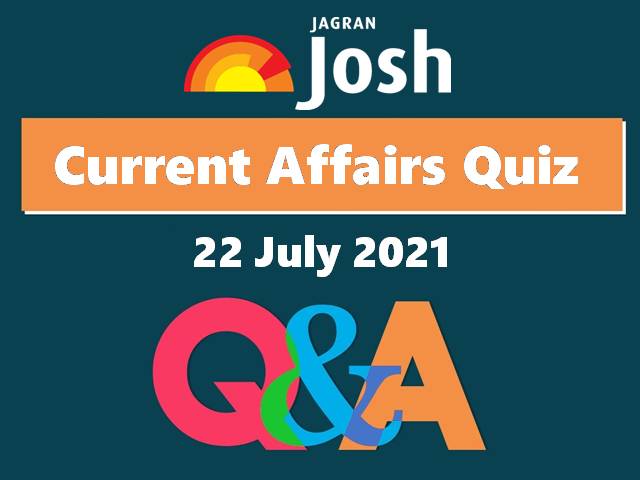 1. When is the opening ceremony of the Tokyo Olympic Games?

2. What is the size of the Indian contingent at the Tokyo Olympics 2020?

3. Which among the following badminton player failed to qualify for the Tokyo Olympics?

4. Who is the first and only Indian female wrestler to win a medal at the Olympics?

5. Which among the following tennis players will not be playing at the Tokyo Olympics?

6. Who will be representing India in the Women’s Artistic event?

7. How many Indian track and field athletes have qualified for Tokyo Olympics 2020?

8. Which Indian track and field athlete missed out on qualification in the Tokyo Olympics 2020?

9. Which among the following sports will make its debut at Olympics 2020?

10. Which sports will be returning to the Olympics this year after being cut out previously?

The Tokyo 2020 Olympics Opening Ceremony will take place at the newly-built National Stadium in Tokyo, Japan on July 23, 2021. It will begin at 8 pm local time or 4.30 pm IST (Indian Standard Time).

India has sent its largest-ever contingent to the Tokyo Olympics 2020. The total size of the contingent including players, coaches, officials and support staff amounts to 228.

India’s first badminton player to win a medal at the Olympic Games, Saina Nehwal has failed to qualify for the Tokyo Olympics. She had lost in the quarterfinals during her Olympic debut in 2008 as a teenager and then went on to win a bronze medal in the 2012 London Olympics. She had to exit in Rio Olympics in 2016 due to injury.

Sakshi Malik had made India proud by winning the bronze medal in the women’s 58 kg category at the Rio Olympics 2016. She had become the first and only Indian woman wrestler to medal at the Olympics. However, the wrestler has lacked consistency in recent years and has struggled to match her performance. She failed to qualify for Tokyo Olympics 2020.

India’s Rohan Bopanna and Divij Sharan have missed the cut-off for the men’s doubles event at the Tokyo Olympics, as per the official entry list released by the International Tennis Federation. India will now only be represented in the women’s doubles event in Tokyo by Sania Mirza and Ankita Raina.

Pranati Nayak will be representing India at the women’s artistic event at the Tokyo Olympics 2020.

In total, 26 track and field athletes will be representing India across 18 sporting categories. The Athletic Federation of India (AFI) released the list of the 26 Indian athletes on July 05, 2021.

Hima Das, who is the first Indian athlete to win gold in a track event at the IAAF World U20 Championship, has missed out her Tokyo Olympic qualification. The main reason is her switch to running the 100m and 200m races over her preferred 400m distance.

Two other sports will be returning to the Olympics this year after being cut out previously and they include Baseball and Softball.