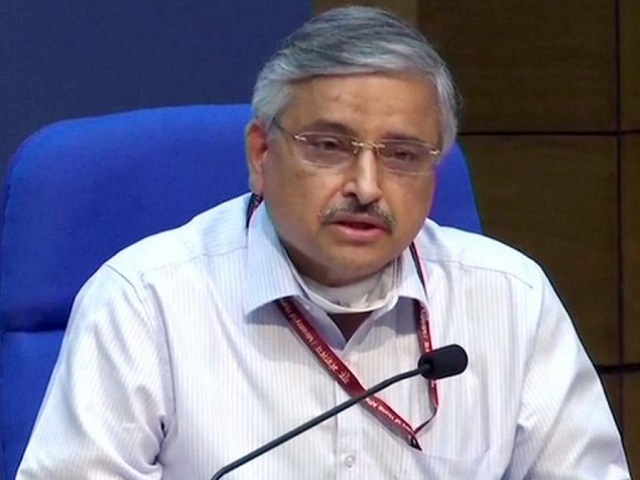 All India Institute of Medical Sciences (AIIMS) Director Dr. Randeep Guleria said on July 22, 2021 that India may witness the third wave of COVID-19 in September-October 2021. He said that the possible future wave of COVID-19 may be less severe than the second, as the Indian Council of Medical Research’s 4th round of national serosurvey found that two-thirds of the country’s population have SARS-CoV-2 antibodies.

The AIIMS Director also shared that he does not think that the third wave will disproportionately affect the children and cause severe infection. Dr Guleria reiterated that the latest serosurvey has found that children contracted the disease during the first and second wave as well but had majorly a mild infection.

When will the third wave come?

Dr Guleria said that the timing of the third wave may have a lot of variables, as India still will have pockets with a large susceptible population. He said hence it is difficult to say, it can be in a few weeks or months from now. Going by how things are at present, Dr. Guleria said that it seems likely that the third wave will hit by September or October, as restrictions are being lifted and there is a lot of travel happening and COVID-appropriate behaviour is not being followed as it should be.

Dr. Guleria said that while our numbers are down now at 30,000 cases a day from 4 lakh a day, in comparison to the first wave, the numbers are still high and we haven’t come down significantly to say that the second wave is over.

Will the third wave of COVID-19 be as severe as second wave?

Dr Guleria said that as a significant number of Indians have antibodies, therefore, it shows that it is less likely for subsequent waves to be as bad as previous ones. The previous serosurveys showed only 20-21 percent of people having antibodies but that count has crossed 50-60 percent. This means many people have had the infection and are protected and the vaccines are also being given in increasing numbers, which is a good indicator that the third wave may not be so severe.

Will children be impacted in the third wave?

Dr. Guleria pointed out that people have had two major arguments for third-wave impacting children more as they are still susceptible because they have been protected from the infection before and they don’t have vaccination and so, when there will be a surge in cases, children will be impacted more than adults who have either had the infection or have been vaccinated.

However, the AIIMS director stressed that the serosurvey shows that this is not true as the children also got the infection to a large extent but they had a milder infection and recovered from it. The children were shown to have up to 60 percent antibodies in their study.

He stressed that there is a lot of data emerging that shows that children have already been infected and had mild infections. He further reiterated that even in the first and second wave, very few children got admitted with severe Covid, most of them had mild illness and they recovered.

Therefore, there is no evidence to support the theory that the children will have a severe infection in the coming wave or will be the ones most affected.

•The AIIMS Director noted how children have suffered a lot for over 18 months due to online classes, especially those children who are marginalised and don’t have access to the internet, computer or smartphones. He said that these children have literally dropped out of schools.

•Further, he said that schools are not just about giving education, they are also about character-building and social interactions and a lot of other things.

•If we look at all this, he continued by saying that we can look at a graded way of opening schools only in those areas where the positivity rate is low. For example an area with less than 5 percent positivity rate. But the schools need to be opened with close surveillance.

•ICMR DG Dr. Balram Bhargava had also said earlier that whenever schools reopen, the primary schools can be reopened before the secondary schools as small children have generally mild infection.

•The AIIMS Director also reiterated that as per the data, infection is much lesser in younger children as compared to the older children because their immune system is able to tackle the infection better.

The Indian Council for Medical Research (ICMR) has projected the third wave to hit India slightly early, by the end of August. The medical body also said that it is not inevitable.

Dr. Guleria also said that with states gradually lifting their lockdown-like restrictions and people not following the COVID-19 protocols, the possibility of a third wave hitting the country is most likely in September-October.