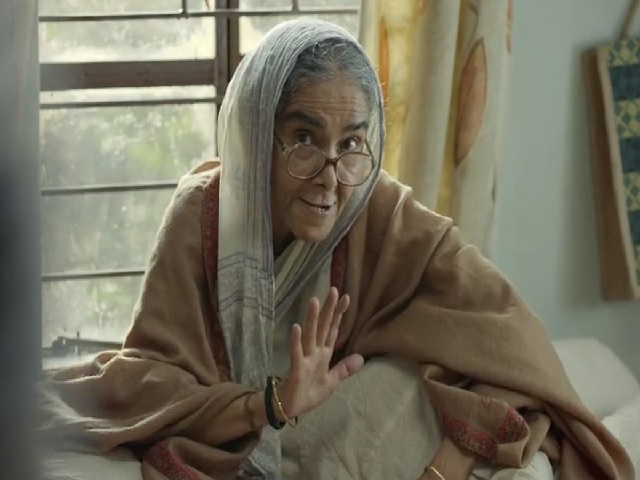 The National Award-winning actor Surekha Sikri passed away on July 16, 2021, due to cardiac arrest at the age of 75.

Her agent, in a statement, informed that the veteran actor was suffering from complications arising from the second brain stroke.

Vivek Sidhwani, the actor’s agent, said that the three-time National winning actress, Surekha Sikri has passed away following a cardiac arrest earlier this morning. She was suffering from complications arising from a second brain stroke.

He added that the actress was surrounded by her family and caregivers and the family asks for privacy at this time.

Surekha Sikri had earlier suffered a brain stroke in September 2020 and was discharged after few days,

Surekha Sikri was last seen in Netflix’s anthology ‘Ghost Stories’ (2020) in the story which was directed by Zoya Akhtar.

• Surekha Sikri was an Indian film, theatre, and television actress. A renowned name of Hindi theatre, Sikri made her debut in the 1978 political drama film ‘Kissa Kursi Ka’.

• She further went on to play various supporting roles in numerous Malayalam and Hindi Films and also gained recognition by working in Indian soap operas.

•  Her work in the critically acclaimed 1989 release ‘ Salim Langde Pe Mat Ro’ and in Govind Nihalani’s ‘Tamas’, has been considered her career’s best performances. Sikri further established herself as the powerhouse of talent by working in Shyam Benegal’s ‘Mammo’, ‘Zubeida’.