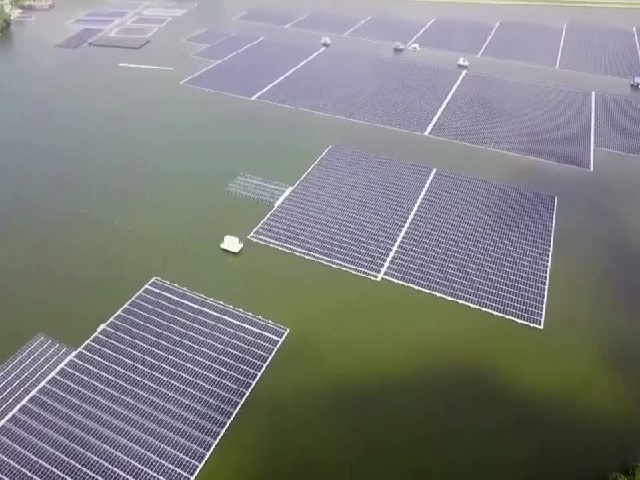 Sunseap Group in Singapore has announced that it plans to spend $2 billion to build the world’s largest floating solar farm and the energy storage system in Batam, a neighboring Indonesian city, which will double its renewable power generation capacity.

Sunseap in a statement mentioned that the floating photovoltaic system is expected to have a capacity of 2.2 gigawatt-peak (GWp).

The Co-founder and Chief Executive of Sunseap, Frank Phuan said that this single project will double the group’s entire portfolio. More importantly, it will build Sunseap’s capability towards hyper-scale solar and energy storage projects.

Sunseap’s Frank Phuan said that the floating solar systems will go a long way to address the land constraints that the urbanized parts of Southeast Asia Face in tapping renewable energy.

Phuan further added that the hyper-scale project can also pave the way for similar green energy projects in south-east Asia.

The expansion of the floating solar projects will present an interesting new front in a race to meet the demand for zero-emissions electricity supply for Singapore.

The floating solar farm will be located on the Duriangkang Reservoir in Batam Island, Indonesia spanning around 1,600 hectares. It will be the largest solar floating farm in the world.

The reservoir serves as a source of freshwater to Batam Island, which sits just 20 km from Singapore.

The placement of the farm on the reservoir will also have an additional benefit of reducing evaporation. At the same time, the proximity of water will also allow the solar farm to operate at lower temperatures as well as improve overall efficiency.

• The floating solar farm project will also be paired with more than 4,000 MW of energy storage, making it one of the largest combined solar and storage projects in the world- floating or otherwise.

• The energy generated and stored by the world’s largest floating solar plant will supply the non-intermittent solar energy around the clock.

• Construction of the ambitious project is due to begin in 2022 and is planned for completion in 2024. It will be financed through bank debt and Sunseap Capital.

• Sunseap is also in the process of weighing an initial public offering in the Indonesian city Batam.

A portion of the green energy generated by the floating solar farm will be consumed within the Indonesian city Batam, while the balance can be potentially exported to Singapore, which is approx. 50 kms away via a subsea cable.

Currently, Batam has a total power generation capacity of 540 MW from the gas, steam, and diesel plants. Sunseap’s investment in Baltam will be a timely boost for Batam’s industries as they seek to reduce the carbon footprint of their operations.

The Group is a solar energy system developer, operator, and owner in Singapore. It has over 2,000 MegaWatt-peak (MWp) solar energy projects contracted across Asia.