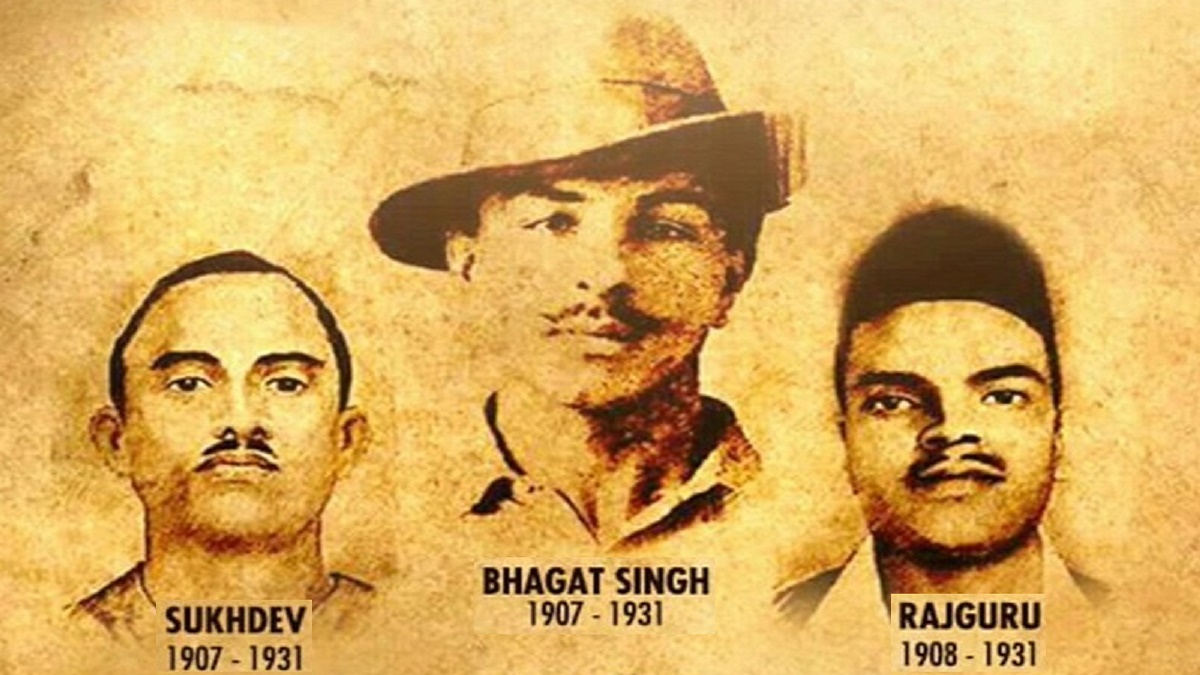 The young revolutionary leaders were tried and convicted by the British for fatally shooting British police officer John Saunders, whom they mistook for British police superintendent James Scott who they believed was responsible for the death of the popular nationalist leader Lala Lajpat Rai, who martyred after succumbing to injuries sustained during a lathi charge.

India commemorates March 23rd every year as Shaheed Diwas to honour and remember the sacrifice of the three young Indian freedom fighters who gave up their lives for the cause of India’s freedom. The newly-elected Punjab Chief Minister Bhagwant Mann, who had taken his oath at Bhagat Singh’s native village Khatkar Kalan, has declared Shaheed Diwas as a public holiday in the state.

When was Bhagat Singh born?

Bhagat Singh was born on September 28, 1907 in the village of Banga in the Lyallpur district of Punjab, in present-day Pakistan.

Which date did Bhagat Singh martyr?

Bhagat Singh was hanged to death in the Lahore Central Jail on March 23, 1931 along with Rajguru and Sukhdev.

How old was Bhagat Singh when he died?

Bhagat Singh was 23 years old when he martyred.

1. Bhagat Singh was the second of seven children—four sons, and three daughters. His parents were Vidyavati and Kishan Singh Sandhu. His father and uncle Ajit Singh were active in progressive politics and had taken part in the agitation around the Canal Colonization Bill in 1907 and the Ghadar Movement of 1914–1915.

2. Bhagat Singh was enrolled in the Dayanand Anglo-Vedic School in Lahore and in 1923, he joined the National College in Lahore, which was founded by Lala Lajpat Rai two years earlier in response to Mahatma Gandhi’s non-cooperation movement that urged Indian students to shun British-Indian schools and colleges.

3. He was arrested in May 1927 on the pretext of being involved in a bombing that had taken place in Lahore in October 1926. He was released five weeks later.

4. Bhagat wrote and edited Urdu and Punjabi newspapers, published in Amritsar. He also wrote for Kirti, the journal of the Kirti Kisan Party.

5. In 1928, the Britishers had set up the Simon Commission to review and report on the political situation in India. The Commission was met with great opposition as it had no Indian members and protests were organised against it. Lala Lajpat Rai led a protest against the commission in Lahore on October 30, 1928 and police were ordered to lathi charge the crowd to forcibly disperse them. Lala Lajpat Rai was gravely injured during the lathi-charge and later died of a heart attack. The lathi-charge was ordered by the then police superintendent James A. Scott.

6. Bhagat Singh along with other revolutionary leaders including Rajguru, Sukhdev and Chandrashekhar Azad conspired to kill Scott to avenge Lala Lajpat Rai’s death. However, they mistakenly shot dead John P. Saunders, who was the Assistant Superintendent of Police.

7. In April 1929, Singh along with Batukeshwar Dutt, set off two low-intensity bombs at the Central Legislative Assembly in Delhi, causing no injuries to anyone. The two leaders shouted slogans, showered leaflets on the legislators and allowed the authorities to arrest them.

8. While awaiting his trial in the John Saunders case, Singh joined fellow defendant Jatin Das in a hunger strike in the jail, demanding for better prison conditions for Indian prisoners. The strike ended with Das’s death from starvation in September 1929.

9. Bhagat Singh, Rajguru and Sukhdev were tried, convicted and sentenced to death and ordered to be hanged on 24 March 1931. The date was later moved forward by 11 hours and the three revolutionaries were hanged at 7.30 pm on March 23, 1931 in Lahore Jail.

10. Bhagat Singh became a symbol of India’s freedom struggle, an icon for many across India even years after his martyrdom.

“If the deaf are to hear, the sound has to be very loud.”

“They may kill me, but they cannot kill my ideas. They can crush my body, but they will not be able to crush my spirit.”

“Revolution is an inalienable right of mankind. Freedom is an imperishable birthright of all”.

“I am such a lunatic that I am free even in jail”.

“Bombs and pistols do not make a revolution. The sword of revolution is sharpened on the whetting stone of ideas.”