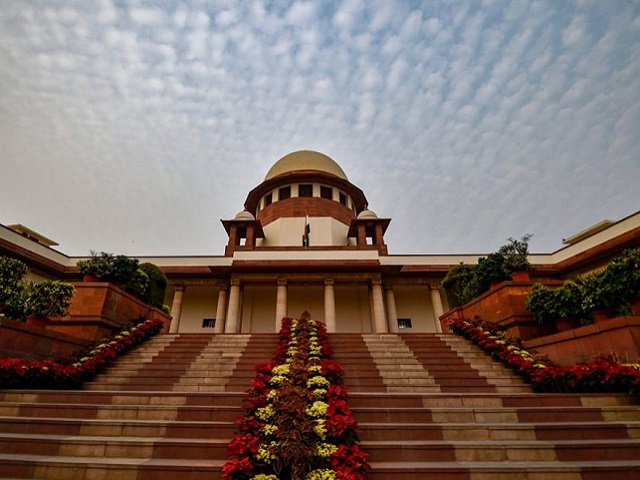 The Supreme Court on July 15, 2021 questioned the Centre on the requirement of a sedition law even after 75 years of the country’s independence.

The Supreme Court bench headed by Chief Justice N.V. Ramana questioned, “It is a colonial law used by the British to silence Mahatma Gandhi, Tilak. Still, it is necessary after 75 years of independence?”

The Court also expressed its concern over the sedition law being misused in India by police against people who speak against the government. The Chief Justice noted that there is no accountability of executing agencies.

The Chief Justice further told Attorney General  K. K. Venugopal that the government has already taken out several stale laws and questioned why isn’t it looking into this law. The Attorney-General replied saying that he completely understands the concern of the top court.

• Attorney General KK Venugopal submitted before the top court that the court could lay down fresh guidelines to restrict the use of the sedition provision only for the protection of the nation and democratic institutions.

• The Attorney General stated that instead of taking out the entire law, parameters could be laid down on its usage.

• Solicitor General Tushar Mehta submitted that once the Centre files its counter-affidavit on the petition the court’s task will be easier.

• The top court’s observations came on a petition filed by Army veteran Major-General SG Vombatkere (Retired), which challenges the constitutional validity of sedition law, calling the usage of sedition clause “vague” and “curb on free speech”.

• A bench comprising Chief Justice of India N.V. Ramana and Justices A.S. Bopanna and Hrishikesh Roy had adjourned the matter on July 12 to July 15 due to glitches in the virtual hearing.

• The apex court had asked the petitioner to serve a copy of the plea on attorney-general K.K. Venugopal who will address the court during the hearing.

What does the petition against sedition law state?

• The petition by Army veteran Major-General SG Vombatkere pleads, “Criminalising expression based on unconstitutionally vague definitions of ‘disaffection towards Government’ is an unreasonable restriction on the fundamental right to free expression guaranteed under Article 19(1)(a) and causes constitutionally impermissible ‘chilling effect’ on speech.”

• It further emphasises on the need to take into account the “march of the times and the development of the law” before dealing with Section 124A as there has been a sea of change in the interpretation of fundamental rights.

• The petitioner has urged the top court to consider afresh the question regarding the constitutionality of Section 124A. He stated that when the law was upheld in 1962, there was a restricted definition of fundamental rights which now needs a relook.

• The petitioner further sought a declaration that “all subsisting criminal proceedings before any court” under Section 124A of IPC should be closed and all complaints and investigation reports relating to the offence under Section 124A be quashed.

• The petition further states, “No authority including any state or central police must take any step in furtherance of investigation or prosecution of any cases in respect of and to the extent that the accusation is of an offence under Section 124A of the Indian Penal Code.”

What is Sedition law?

The Sedition law- Section124A of IPC states-“Whoever by words, either spoken or written, or by signs, or by visible representation, or otherwise, brings or attempts to bring into hatred or contempt, or excites or attempts to excite disaffection towards, the Government established by law in India, shall be punished with imprisonment for life.”

The Sedition laws were originally enacted in 17th century England when lawmakers believed that only good opinions of the government should survive.

The Supreme Court is already hearing a petition and a clutch of applications challenging the constitutional validity of Section 124A IPC.

However, this petition is slightly different as it pleads to quash all complaints lodged under this law and to stop police from further investigating case to the extent that the offence relates to sedition.

Another bench of Supreme Court Justices U.U. Lalit and Ajay Rastogi had sought centre’s view on July 12, 2021 on a similar plea made by two journalists from Manipur and Chhattisgarh.