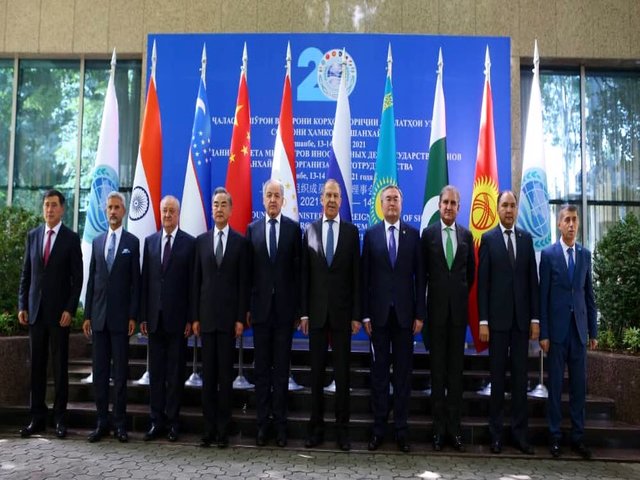 Foreign Ministers of India, China, Pakistan, and five other member countries of the Shanghai Cooperation Organization (SCO) convened a key meeting of the group in Dushanbe, Tajikistan on July 14, 2021, with the security situation in Afghanistan and post-COVID recovery among key concerns.

Spoke at the FMM of SCO this morning at Dushanbe.

Combating terrorism and extremism is the key purpose of SCO. Must stop terror financing and deter digital facilitation. pic.twitter.com/s82FdOfvCR

•EAM Jaishankar presented the Indian view at the SCO FM Contact Group meeting on Afghanistan at Dushanbe on July 14, 2021. He noted that the world, region, and the Afghan people all want the following:

(i) An independent, peaceful, democratic, prosperous, neutral, and unified nation,

(ii) Cease violence and terrorist attacks against civilians and state representatives, settle the conflict through political dialogue, and respect interests of all ethnic groups,

(iii) Ensure that neighbors are not threatened by terrorism, extremism, and separatism,

•India has exhibited a keen interest in strengthening its security-related cooperation with the SCO and its Regional Anti-Terrorism Structure (RATS) which specifically works on issues related to defence and security.

•In 2005, India served as an observer at the SCO. India has been a member participant in the ministerial-level meetings of the group which focuses on economic cooperation and security in the Eurasian region.

•As a counterweight to NATO, the SCO is eight-member security and economic bloc. It has evolved into one of the largest trans-regional international organizations.

•India became a permanent member of SCO in 2017.