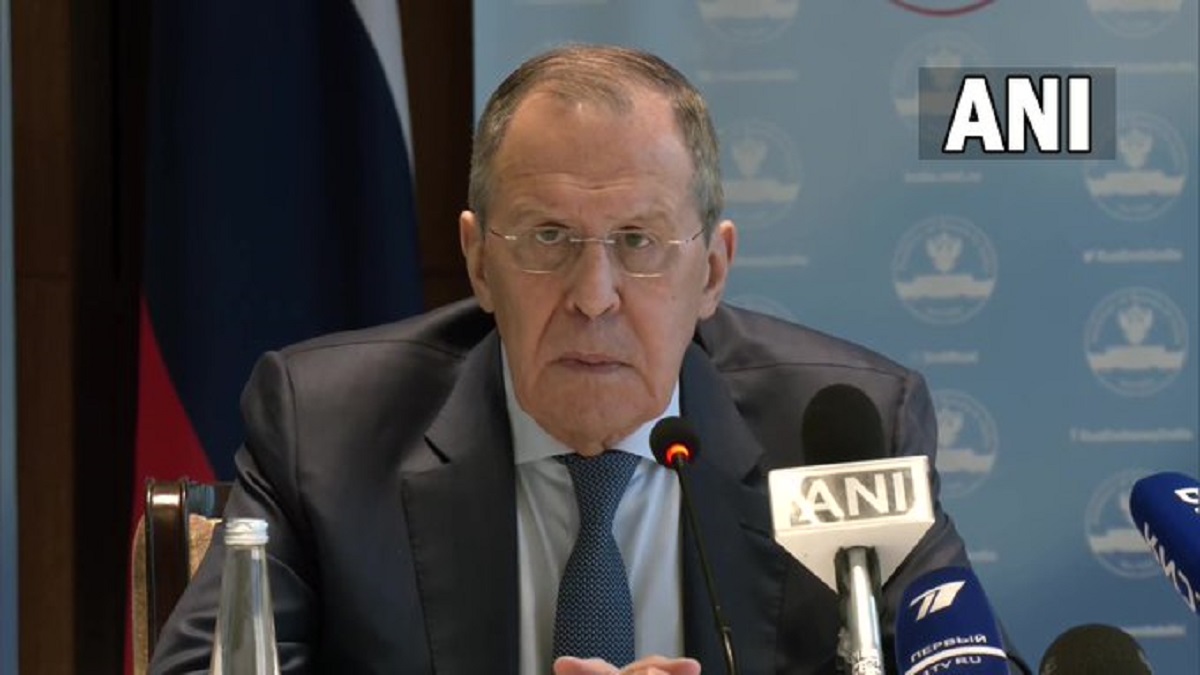 Indian is an important country and if it sees to play a role that provides resolution of problem, it can support such process, said Russian Foreign Minister Segey Lavrov on India mediating between Russia-Ukraine during a press briefing in New Delhi on April 1, 2022.

India is important country.If India sees to play that role which provides resolution of problem…If India is with its position of just&rational approach to int’l problems,it can support such process:Russian Foreign Min on possibility of India becoming a mediator b/w Moscow-Kyiv pic.twitter.com/IywQ2tUN9c

No pressure will affect our partnership, said Lavrov in response to a question on whether US pressure on India will affect Indo-Russian ties.

#WATCH I have no doubt no pressure will affect our partnership… They (US) are forcing others to follow their politics: Russian Foreign Minister Sergey Lavrov when asked if US pressure on India will affect Indo-Russian ties pic.twitter.com/rmTnmbS8IZ

The Russian Foreign Minister also mentioned that Russia will be ready to supply to India any goods which it wants to buy from us.  “If India wants to buy anything from us, ready to discuss & reach mutually acceptable cooperation,” said Lavrov on offer of oil supply to India.

He further said that the India-Russia talks are characterised by relations that they have  developed with India for many decades. He noted that relations are strategic partnerships and this was the basis on which they have been promoting their cooperation in all areas.

#WATCH | Russian Foreign Min replies to ANI on how he sees India’s position in ongoing war,offer of oil supply to India, any confirmation on Rupee-Ruble payment&sanctions

“If India wants to buy anything from us, ready to discuss & reach mutually acceptable cooperation,” he says pic.twitter.com/41Qh1B3qBP

The Russian Minister noted that the Indian foreign policies are characterised by independence and the concentration on real national legitimate interests. He said, “The same policy based in the Russian Federation & this makes us, as big countries, good friends & loyal partners.”

I believe that Indian foreign policies are characterised by independence & the concentration on real national legitimate interests. The same policy based in the Russian Federation & this makes us, as big countries, good friends & loyal partners: Russian Foreign Min Sergey Lavrov pic.twitter.com/GLt1gyAkq9

“You called it a war which is not true. It is a special operation, military infrastructure is being targeted. The aim is to deprive the Kyiv regime from building the capacity to present any threat to Russia,” said Russian FM Sergey Lavrov on being asked about developments in Ukraine.

Russian Foreign Minister Sergey Lavrov is on a two-day visit to India. He had arrived on March 31, 2022. He met EAM Jaishankar earlier today and is expected to meet Prime Minister Narendra Modi shortly.

This is the first trip of a Russian official to India after Russia launched invasion of Ukraine on February 24, 2022.

Lavrov’s visit to India comes soon after he visited China and held talks with his Chinese counterpart Wang Yi and held multilateral talks on Afghanistan with Pakistan and some central asian nations. China’s foreign minister Wang Yi had also visited India last week.  This comes ahead of the 2+2 dialogue set to be held between India and the US on April 11.

Indian External Affairs Minister S Jaishankar had held a telephonic conversation with the US Secretary of State Antony Blinker on March 30th to discuss “the worsening humanitarian situation in Ukraine” and other matters.

The UK Foreign Secretary Elizabeth Truss had also held talks with EAM Jaishankar on March 31st, one day ahead of the Russian Minister’s visit.