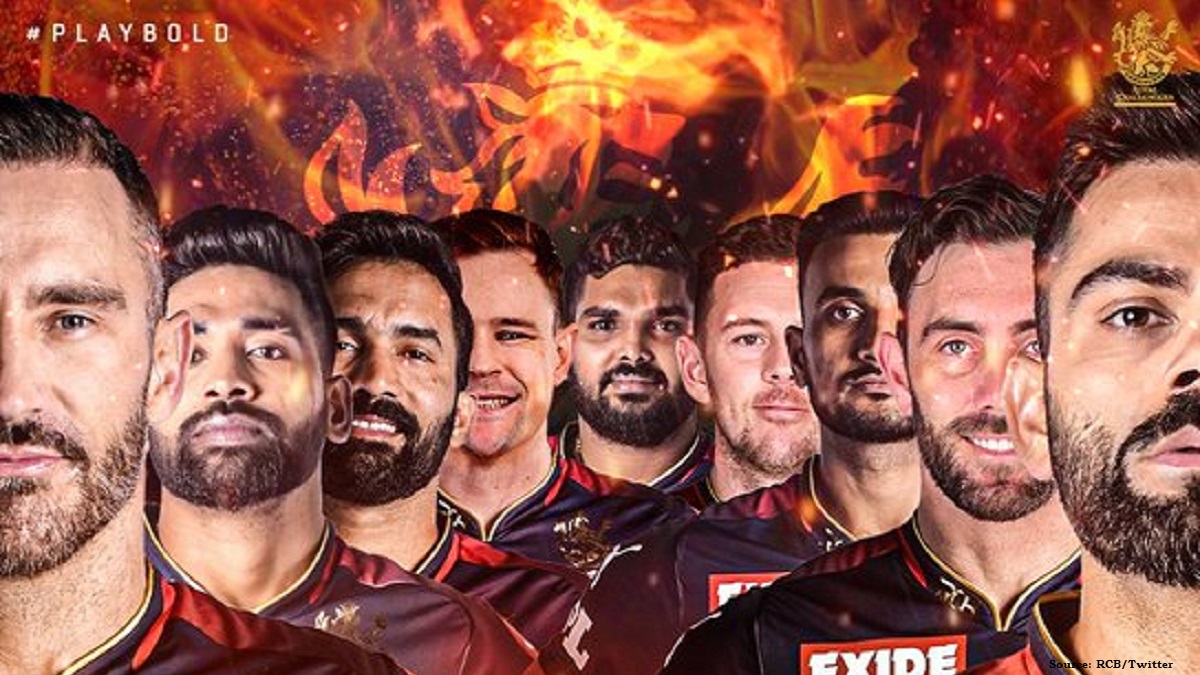 RCB Team Profile 2022: The Royal Challengers Bangalore lost against Punjab Kings in their first IPL 2022 match by 5 wickets at the DY Patil Stadium in Navi Mumbai on March 28, 2022. The match was a high-run chase thriller with RCB putting up a total of 205 runs on the scoreboard with the loss of just 2 wickets at the end of 20 overs.

Put to bat first after losing the toss, the RCB came out with all guns blazing. The new RCB captain Faf Du Plessis led from the front with an explosive 88 runs that involved mostly sixes, supported by former skipper Virat Kohli who saw the team through till the end with his 41 runs not out off 29 balls and Dinesh Karthik who scored 32 off 14 balls. The RCB ended its innings at 205/2 in 20 overs, posting a difficult-to-achieve total.

The Punjab Kings, however, hit back and proved the depth in their batting while chasing the huge total of 206 runs. They got off to a solid start with the opening pair of Mayank Agarwal and Shikhar Dhawan putting up a 71-run partnership, followed by fiery performances from Bhanuka Rajapaksa, Shahrukh Khan and Odean Smith.

The Royal Challengers Bangalore have a new captain now-  Faf du Plessis, who was formerly one of the star players of CSK. He was bought over by RCB for Rs 7 crore after a bidding war with CSK and DC in the IPL 2022 Mega Auction. Virat Kohli, who stepped down as the RCB Captain after IPL 2021 Season, will continue to play for the side. Kohli had taken up RCB Captaincy in 2013 when New Zealand’s Daniel Vettori had stepped down. Under his captaincy, RCB had best performed in 2016 when they were the runner-ups.

All eyes will be on Virat Kohli, who has stepped down as RCB captain after IPL 2021. Former CSK player Faf du Plessis’s induction will add more firepower to RCB’s top order, along with Harshal Patel, whom RCB bought back after a bidding war.

Wanindu Hasaranga will be another player to watch out for.

Australian players Glen Maxwell, Josh Hazlewood will be missing at least the first 5 matches of IPL 2022 season due to their ongoing series against Pakistan.