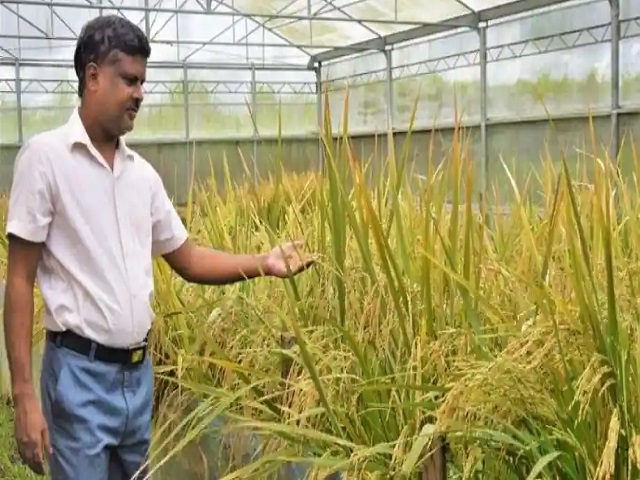 The Philippines on July 23, 2021, become the world’s first country to approve the commercial production of genetically modified ‘golden rice’.

Health experts believe that ‘golden rice’ developed by the Philippines will help to fight childhood blindness and save lives in the developing world.

Crops such as rice, soybeans, and wheat, as well as fruits and vegetables have a natural glitch in their process of photosynthesizing during which plants consume resources and energy leading to poor productivity.

•Food safety regulators in the US, Canada, and Australia had analyzed the golden rice and approved it as a crop but not for commercial production. Bangladesh is currently reviewing it.

Significance of golden rice: Why is it more nutritional?

•The government regulators issued a biosafety permit to make the rice enriched with vitamin A-precursor beta-carotene to make it more nutritional.

•Golden rice has been developed to provide 50 per cent of the estimated requirement for vitamin A in young children.

When will golden rice be available for consumption?

•Russel Reinke of the IRRI has said that the project is past the regulatory phase but it will take to be available for consumption.

•Limited quantities of seeds will be distributed to Filipino farmers in selected provinces in 2022. The production of golden rice is like that of normal rice. It does not require any additional fertilizer or management strategies.

Vitamin A deficiency causes childhood blindness in 50,000 children per year: WHO

•As per the IRRI, approximately 17 per cent of children under the age of 5 in the Philippines are suffering from vitamin A deficiency.

•World Health Organization (WHO) shows that up to 50,000 children every year are found with vitamin A deficiency of which half die within 12 months of losing their eyesight.

•Vitamin A is crucial for the healthy functioning of the immune system and overall growth and development.