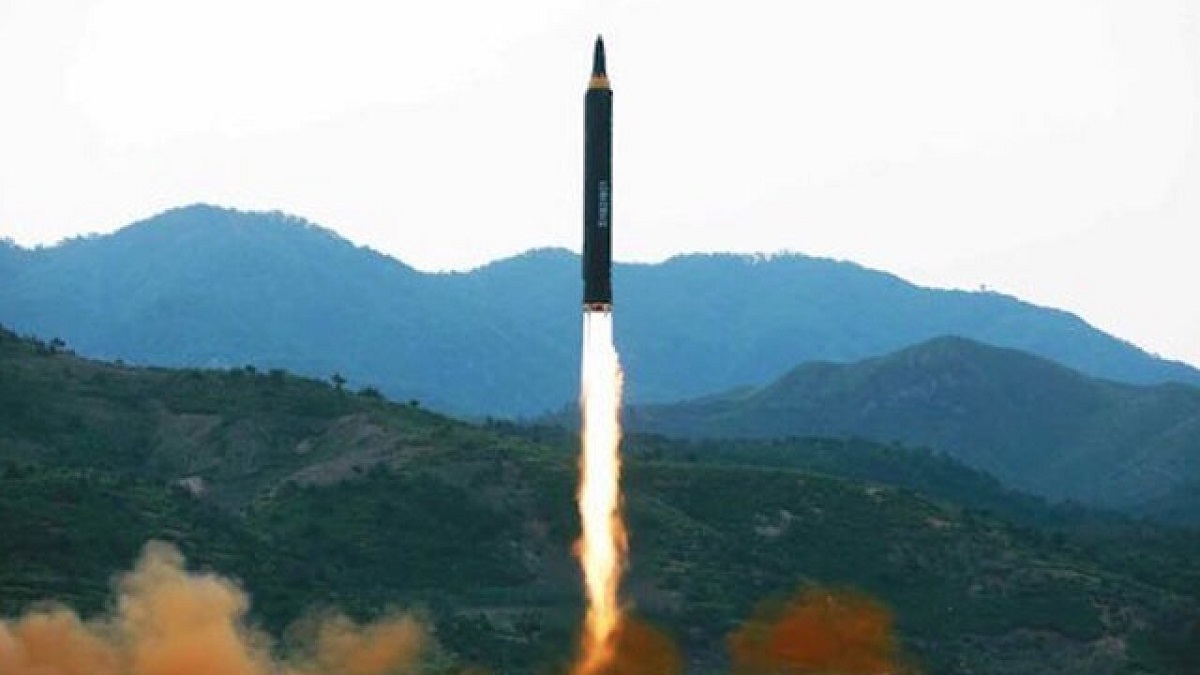 South Korea’s Ministry of Defense did not immediately confirm whether the missile launch was an ICBM.South Korea’s Joint Chiefs of Staff informed that they have detected the launch of an “unidentified projectile” from North Korea. They said that launch is assumed to be a long-range mission, possibly an intercontinental ballistic missile (ICBM).  The missile was allegedly fired on a “lofted” trajectory high into space. Seoul is still trying to determine how many projectiles had been fired.

Japan’s coast gaurd also did not confirm that it was an ICBM but said that it could possibly be one. They also said that the missile was expected to land inside Japan’s exclusive economic zone (EEZ) about 50 minutes after its launch was first reported. The Japanese Prime Minister’s office said in an official statement that North Korea fired a “possible ballistic missile”.

“Given the ballistic missile this time around flew at an altitude of over 6,000 km… the one today is believed to be a new ICBM” pic.twitter.com/6ShcRK3vMz

North Korea Missile Launch: What do we know so far?

What did North Korea say on this?

North Korea did not identify the missile system used in those launches and said that they were testing components for a reconnaissance satellite system. North Korean Leader Kim Jong Un had said earlier this month that the nation will launch multiple satellites to monitor military movements by the United States and its allies.