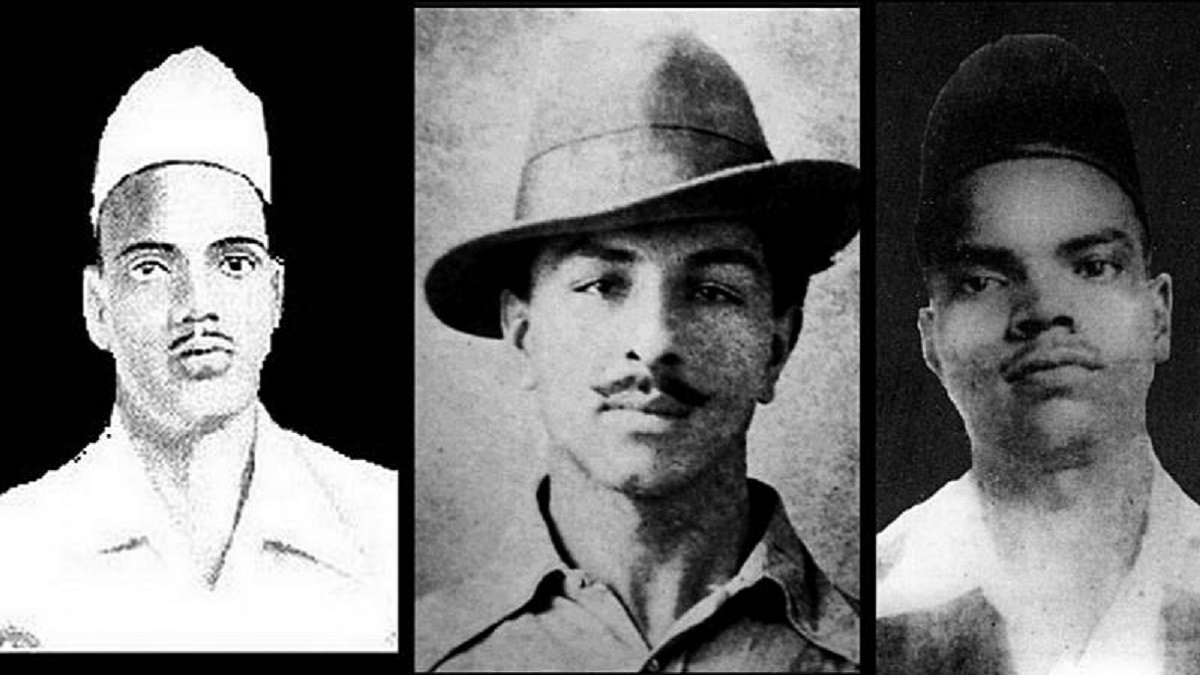 Martyrs’ Day 2022 in India: Martyrs’ Day is observed every year on March 23rd to remember the three valiant Indian freedom fighters Bhagat Singh, Sukhdev Thapar and Shivaram Rajguru, who were hanged to death on this day in 1931 by the Britishers.

The Martyrs Day aims to celebrate and honour the three Indian revolutionaries, who gave up their lives for the cause of India’s freedom struggle. Bhagat Singh, who is known as Shaheed Bhagat Singh became the symbol of the new awakening among the youth of the country.

Bhagat Singh, Rajguru and Sukhdev were hanged at the Lahore Central Jail on March 23, 1931.

Why is Martys’ Day celebrated?

We celebrate Martyrs’ Day to remember the valour and sacrifice of the three Indian revolutionaries – Bhagat Singh, Rajguru and Sukhdev.

Martyrs’ Day is celebrated on March 23rd as it was on this day that Bhagat Singh, Rajguru and Sukhdev attained martyrdom.

What is another name of Martyrs’ Day?

What led to the hanging of Bhagat Singh, Rajguru and Sukhdev?

Bhagat Singh, Rajguru and Sukhdev, who were all members of a small revolutionary group- Hindustan Socialist Republican Association (HSRA), had planned the assassination of Police Superintendent James Scott in Lahore in 1928 to avenge the death of Lala Lajpat Rai, the popular nationalist leader.

However, the trio fatally shot Assistant Police Superintendent John P. Saunders instead, in a case of mistaken identity, while he was leaving the district police headquarters in Lahore on December 17, 1928. Rajguru first shot him with a single bullet and then Bhagat Singh shot him at a close range several times.

Why did they want to assassinate James Scott?

Bhagat, Rajguru and Sukhdev held James Scott responsible for Lala Lajpat Rai’s death, as he had ordered the lathi charge on the crowd protests against Simon Commission on October 30, 1928, in which Rai was injured. He died two weeks after that due to a heart attack on November 17, 1928. The doctors were of the opinion that Rai’s death was fastened by the injuries he received.

Lala Lajpat Rai had led a protest against the Simon Commission in Lahore on October 30, 1928. The Simon Commission had been set up by the British to report on the political situation in India but it faced opposition, as there was no Indian member in the commission. The then Superintendent of Police, James A Scott had ordered the police to lathi charge the protestors. He had allegedly personally assaulted Lala Lajpat Rai.

Bhagat Singh and another of his associate Batukeshwar Dutt hurled bombs in the Central Assembly Hall in Delhi in April 1929 as a mark of protest and raised the slogan of “Inquilab Zindabad!”. They later surrendered themselves to the police.

Bhagat Singh, Rajguru and Sukhdev were tried and convicted and sentenced to death. They were ordered to be hanged on March 24, 1931. Their death sentence was moved forward by 11 hours and they were hanged at 7.30 pm on 23 March 1931 in the Lahore Jail.

Their execution was supervised by an honorary judge, as no magistrate was willing to supervise Bhagat Singh’s hanging as was required by law.