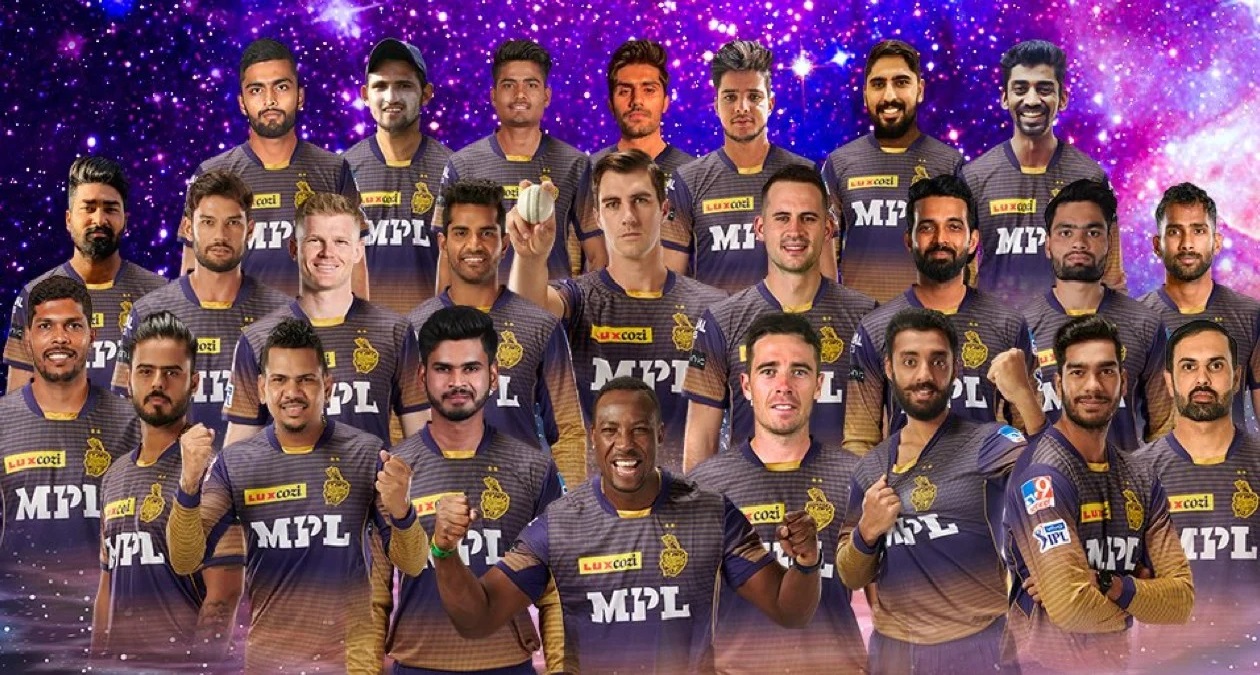 KKR Team Profile 2022: Kolkata Knight Riders (KKR), the two-time champions will be looking to recreate the old magic for their third Indian Premier League Title in IPL 2022. KKR will play under the young leadership of Shreyas Iyer and a change in captaincy is expected to make things interesting for the franchise.

Kolkata Knight Riders (KKR) will face Chennai Super Kings (CSK) in the first match of IPL 2022 on March 26, 2022, at 7.30 PM at the Wankhede Stadium in Mumbai. The first game of the Indian Premier League season opener between KKR and CSK will be like a rematch of the IPL 2021 final where CSK had defeated KKR.

For IPL 2022, Kolkata Knight Rider bid adieu to some of their experienced players such as Eoin Morgan, Dines Kartik and welcomed the likes of Shreyas Iyer for a whopping sum of Rs. 12.25 crores. KKR will also surely miss the helpful conditions for the pace bowlers that Eden Gardens offers.

Kolkata Knight Riders for the IPL 2022 will be led under the young leadership of Shreyas Iyer and as per the coach of KKR, Brendon McCullum, the new skipper has all the qualities to be the franchise’s ‘player of the decade’. Shreyas Iyer, who earlier led Delhi Capitals for their IPL Final 2020, was snapped by the Kolkata Knight Riders for a whopping amount of Rs. 12.5 crores after aggressive bidding and was made captain of the two-time Champions-KKR. Shreyas Iyer has been in a form as in the recent T20 series against Sri Lanka, the player remained unbeaten in three matches.

As Kolkata Knight Riders let go off both the former skippers- Dinesh Kartik and Eoin Morgan, the team will look to lift their third IPL Trophy under the leadership of Shreyas Iyer.

One of the key members of the current Indian Squad, Shreyas Iyer will be one of the significant players of KKR. His experience of leading the IPL team will be KKR’s biggest strength, as he earlier led Delhi Capitals to their first playoffs in 2019 after 2012 and also to a maiden final in IPL 2020.

Kolkata Knight Riders (KKR) also have a strong middle-order and the spinners who will once again be the team’s biggest strengths.

The lack of balance in the Kolkata Knight Riders team can be their weakness which will trouble the squad during IPL 2022. One of the biggest areas of weakness will be wicketkeeping as the team made a last-minute scramble during the IPL auction to land Alex Hales and Sam Billings. The lack of Indian talent in KKR will also be another area of concern for the former IPL champions.

Kolkata Knight Riders (KKR) represents the city of Kolkata. The franchise is owned by actress Juhi Chawla, her husband Jay Mehta, and Bollywood Actor Shahrukh Khan. The team play at the iconic Eden Gardens. The two-time IPL Champions have also gained immense popularity because of their association with celebrity owners. The team also qualified for the IPL Playoffs for the first time in 2011.