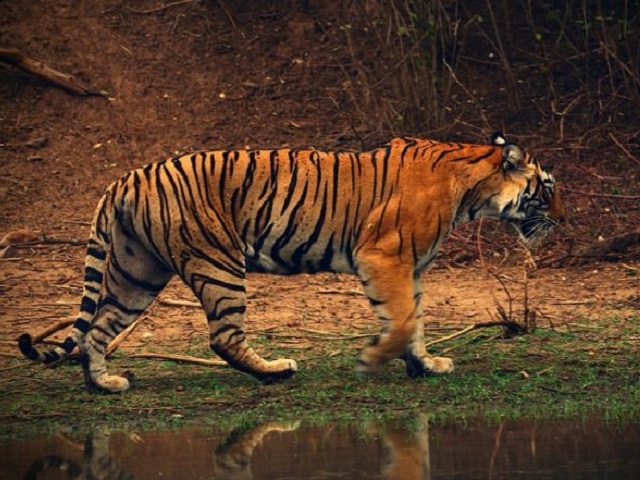 The International Tiger Day Theme 2021 is “ Their Survival is in our hands”. The theme highlights the important role in protecting the natural habitat of tigers and maintaining a balanced ecosystem across the globe.

World Wide Fund for Nature (WWF) says, “As top predators, wild tigers play an important role in maintaining the harmony of the planet’s ecosystems. By preying on herbivores, tigers help to keep the balance between the prey animals and the forest vegetation which they feed upon.”

On #InternationalTigerDay, greetings to wildlife lovers, especially those who are passionate about tiger conservation. Home to over 70% of the tiger population globally, we reiterate our commitment to ensuring safe habitats for our tigers and nurturing tiger-friendly eco-systems. pic.twitter.com/Fk3YZzxn07

Why is International Tiger Day observed on July 29th?

The International Tiger Day is observed annually on July 29th, as it was on that day countries signed an agreement to raise awareness about the decreasing tiger population globally during the Saint Petersburg Tiger Summit in Russia in 2010. The representatives also declared on that day that the tiger-populated countries would make efforts to almost double the tiger population by the year 2022.

Why is International Tiger Day important?

International Tiger Day is extremely important because as per the World Wildlife Fund (WWF), there are only 3900 wild tigers globally. Around 95 percent of the tiger population has been lost from the start of the 20th century due to various activities like poaching.

As per data, despite efforts to conserve tigers after 1970, the tiger population has shown a rapid decline in number. Hence in 2010, at the St. Petersburg Declaration, the countries with tiger populations have resolved to double the number of tigers by 2022.

Why is the conservation of Tigers important?

•Tiger is an apex predator in the food chain and thus, helps maintain the balance between herbivores and the vegetation they feed on.

•If the species go extinct, it will create an imbalance in the ecosystem and it would indicate that the ecosystem is not protected and it will cease to exist, after a short period.

•Hence, conservation of tigers does not only mean protecting the species but it also means ensuring that they can live long enough to protect their forests and provide optimum ecological services like clean water, air and stable temperatures.

•The species are endangered due to activities such as poaching and urbanisation and unsustainable agricultural expansion.

•The tiger reserves in India aim to provide a home range that help with the protection and restoration of Tigers so that they can survive this century and beyond.