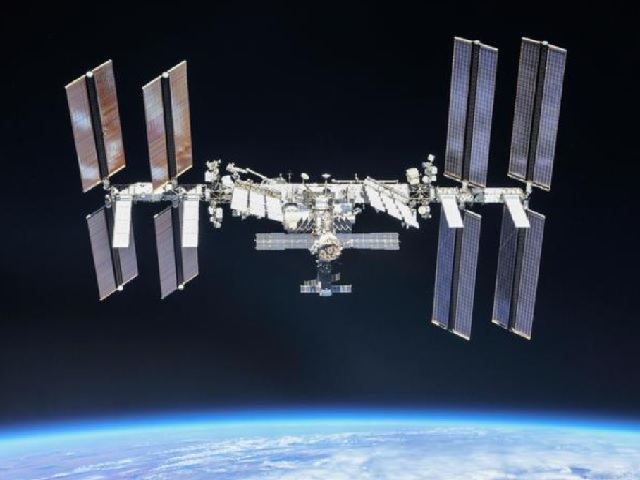 NASA officials informed that the International Space Station (ISS) was thrown out of control briefly on July 29, 2021.

The incident took place when the jet thrusters of a newly arrived Russia’s Nauka research module accidentally fired a few hours after it was docked to the orbiting outpost.

As per NASA and Russian state-owned news agency RIA, the seven crew members aboard ISS- three NASA astronauts, two Russian cosmonauts, a European Space Agency astronaut from France, and a Japanese astronaut- were never in any immediate danger.

ICYMI: Earlier today, the Russian Nauka module inadvertently fired its thrusters while docked to the @Space_Station. Mission Control teams corrected the action and all systems are operating normally. The crew was never in any danger. Stay tuned for a media telecon later today: pic.twitter.com/bjuDmdiZu5

However, the malfunction has prompted the US Space Agency to postpone until August 3 its planned launch of Boeing’s (BA.N) new CST-100 Starliner capsule on a highly anticipated crewed test flight to the Space Station.

The Starliner, earlier, was set to blast off on July 30 atop an Atlas V rocket from the Kennedy Space Center in Florida.

International Space Station: How the crisis was managed?

The officials of the US Space Agency informed that the flight teams on the ground were able to manage in restoring the ISS’s orientation by activating the thrusters on another module of the orbiting platform.

Russian’s RIA cited specialists from NASA at the Johnson Space Center in Houston, Texas, as describing the struggle to regain control of the ISS as a ‘tug of war’ between the two modules.

ISS, at the height of the mishap, was pitching out of the alignment at the rate of about half a degree per second.

The Nauka engines were finally switched off, the International Space Station was stabilized and its orientation was again restored to where it started.

Following the docking of the Nauka module, the module’s thrusters started firing at 12:45 pm ET, moving the station out of orientation. Ground teams have regained attitude control and the motion of the space station is stable. https://t.co/8tuzbgICs1

Impact on crew aboard ISS:

Communication with the crew aboard the International Space Station was lost for several minutes twice during the disruption. However, the crew was in no immediate danger at any time of the incident. They did not really feel any movement.

Had the situation at the station become so dangerous as to require the evacuation, the crew aboard ISS could have escaped in a SpaceX crew capsule which is still parked at the outpost and is designed to serve as a lifeboat, if necessary.

The reason behind the malfunction of the thrusters of Russia’s Nauka module, delivered by the Russian Space Agency, has yet to be determined.

According to the manager of NASA’s Space Station Programme, Joel Montalbano, there was no immediate sign of any damage to the Space Station.

Nauka Module, after its launch last from Kazakhstan’s Baikonur Cosmodrome, had experienced a series of glitches that raised concern about whether the docking procedure will go on smoothly.

Russia’s Space Agency has attributed the latest post docking issue to Nauka’s engine has to work with the residual fuel in the craft.

It is designed to serve as the research lab, airlock, and storage unit. The Module will help in upgrading Russia’s capabilities aboard the ISS.

Russian Space Agency said in a statement that as per the telemetry data and the reports from the ISS Crew, the onboard systems of the station and the Nauka Module have been operating normally.