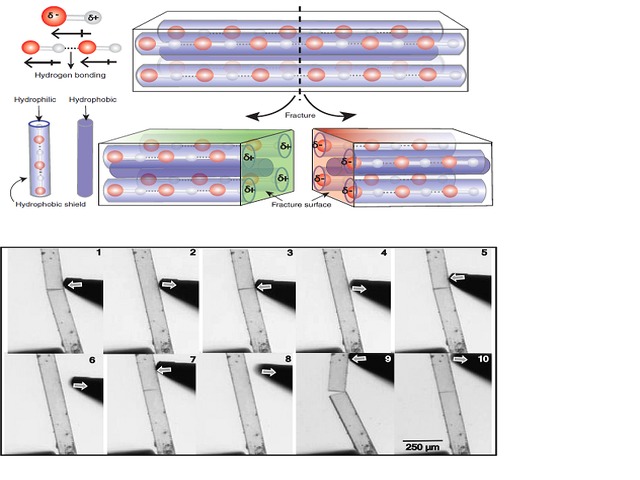 Researchers from the Indian Institute of Science Education and Research (IISER), Kolkata, in collaboration with IIT Kharagpur, have developed piezoelectric molecular crystals that can repair their own mechanical damages with electrical charges generated by the mechanical impact.

These piezoelectric molecular crystals will make it possible for damaged electronic components such as space crafts to repair themselves where human access for restoration purposes would not be possible.

What are Piezoelectric Molecular Crystals?

•The piezoelectric molecules developed by the researchers at IISER, Kolkata, and IIT Kharagpur are called bipyrazole organic crystals.

•These crystals can repair their own mechanical damages with the electrical charges generated by the mechanical impact.

How do Piezoelectric Molecular Crystals work?

•These crystals recombine and autonomously self-heal in milliseconds with crystallographic precision after any mechanical impact without any external supervision or repair.

•These crystals have the unique property of generating electrical charges. When the object is damaged or undergoes mechanical impact, an electrical charge is generated at the crack areas followed by broken pieces attracting each other leading to an autonomous precise repair.

•Further research into the application of these crystals may aid in devising smart gadgets that self-repair.