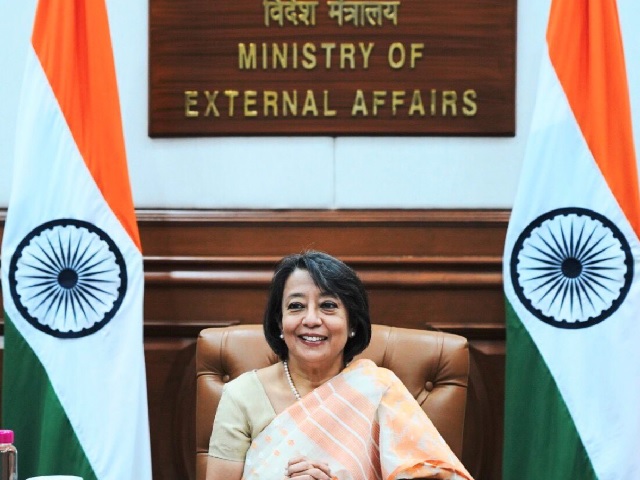 India and New Zealand held third Foreign Office Consultations virtually on May 25, 2021, during which both countries reviewed the ongoing bilateral cooperation.

As per the statement by the Ministry of External Affairs, the consultations between India and New Zealand took place in a ‘friendly and cordial’ atmosphere.

The Indian delegation was led by Riva Ganguly Das, Secretary (East) while the New Zealand side was led by Mark Sinclair, Deputy Secretary, Americas and Asia Group, Foreign Affairs and Trade Ministry.

The previous round of Foreign Office Consultations was held on February 5, 2019, in India. Both the countries had agreed to hold the next consultations at a mutually convenient date.

• The delegates from both countries comprehensively reviewed the bilateral cooperation.

• They discussed the steps for enhancing the ‘depth and momentum’ of the engagement between the two nations in various areas including defence and security, space, counterterrorism, trade and investment, disarmament, cybersecurity, climate change and strengthening people to people ties

• They reiterated the significance of closer cooperation for a rules-based international order and free, open and inclusive Indo-Pacific region.

• Both India and New Zealand discussed the response to the COVID-19 as well as access to the medicines and vaccines for containing the pandemic globally.

• There was also an exchange of views on various regional issues. The countries discussed ways to strengthen coordination in regional and multilateral fora.

The bilateral relations between the two countries were established in 1952. The relations between India and New Zealand have been cordial but were not very extensive after India’s Independence. The increasing interest by New Zealand in India can be due to the impressive GDP growth of the country.

A Joint Trade committee was set up in 1983 and there were also discussions on free trade agreement through the East Asian Summit or bilaterally, however, this did not emerge due to the disagreements over agricultural subsidies.

Both the countries enjoy educational and defence cooperation. The defence has been more limited but there have been joint naval exercises. New Zealand and India have also served together in United Nations Peacekeeping Missions in Sudan and Kosovo.