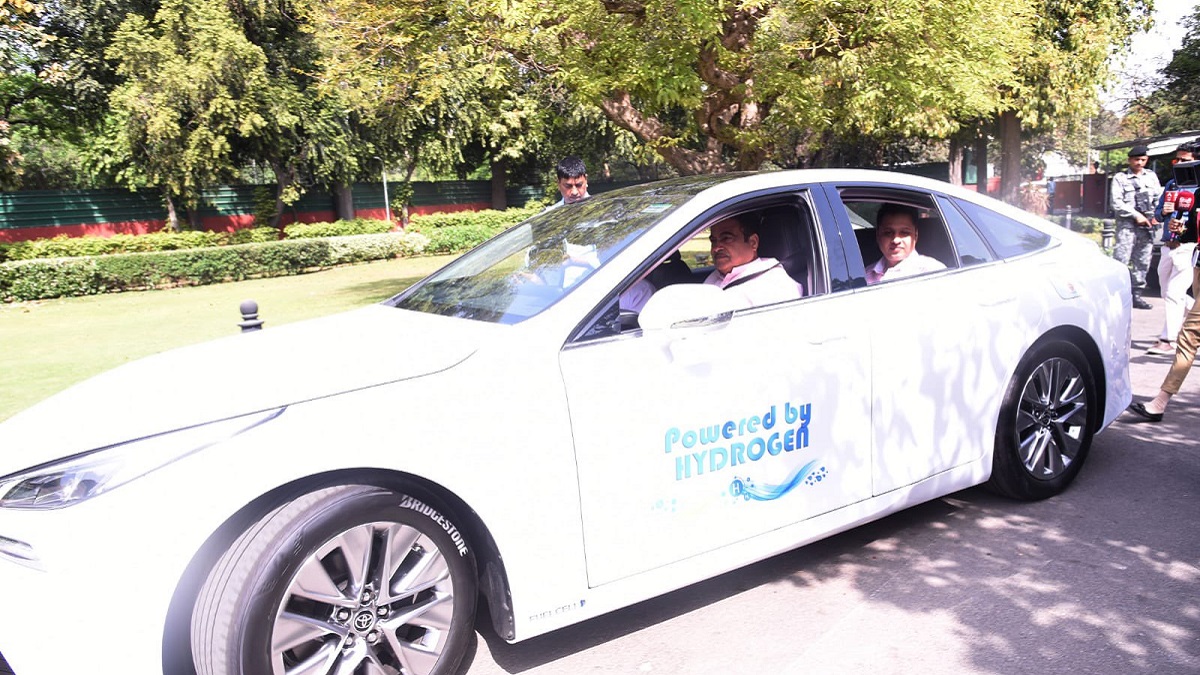 Green Hydrogen Car in India: Union Transport Minister Nitin Gadkari reached Parliament on March 30, 2022 in green hydrogen-powered car, making a statement on switching to alternative fuel. The Minister said, “The name of this car is ‘Mirai’, it means the future. We have to become self-reliant in fuels as well.”

The Minister said we have introduced green hydrogen, which is generated from water to become  ‘Atmanirbhar’. “This car is a pilot project. Now, manufacturing of green hydrogen will begin in the country, imports will be curbed & new employment opportunities will be created,” he said.

GoI has initiated Rs 3000 crore mission and (soon) we will become a county exporting hydrogen. Wherever coal is used (in the country), green hydrogen will be used there: Union Transport Minister Nitin Gadkari pic.twitter.com/s2ZIdCXFY6

In line with PM Shri @narendramodi ji’s vision of clean and cutting-edge mobility in India, our government, through ‘National Hydrogen Mission’ is committed to focus on green and clean energy. pic.twitter.com/FOQ9pHznfh

The Minister also assured that India will set up Green Hydrogen refueling stations, generating sustainable employment opportunities in the country. This will be in line with PM Modi’s vision of clean and cutting-edge mobility in India under the ‘National Hydrogen Mission’.

2. Toyota Mirai can cover a distance of 845 miles without fuelling, a Guinness World Record.

3. It will take only 3-5 minutes to fill hydrogen in a car similar to petrol.

4. The gas is stored in a high-pressure tank in a hydrogen-powered car.

5. The gas is transferred to the fuel cell to generate electricity created by a reaction between hydrogen and oxygen.

This is a first-of-its-kind project in India that aims to create a Green Hydrogen-based ecosystem in the country. The Fuel Cell Electric Vehicle (FCEV), powered by Hydrogen is one of the best Zero-Emission solutions.

The vehicle is completely environment friendly with no tailpipe emissions other than water.

What is green hydrogen?

Green Hydrogen is a zero-emission fuel that is produced by splitting water by electrolysis. This produces only hydrogen and oxygen. The hydrogen then can be used and oxygen can be vented out with no negative impact on the atmosphere.

Green Hydrogen is produced using renewable energy and so it is sustainable.

Is Green hydrogen the fuel of the future?

Green Hydrogen is seen as the fuel of the future as it is generated using renewable resources and is environment friendly.

What is Green Hydrogen used for?

Green Hydrogen can be used as an alternative to traditional fuel. It can be used on any vehicle and is dependable for medium to long travel.

How is Green Hydrogen made?

Green Hydrogen can be generated from renewable energy and abundantly available biomass.