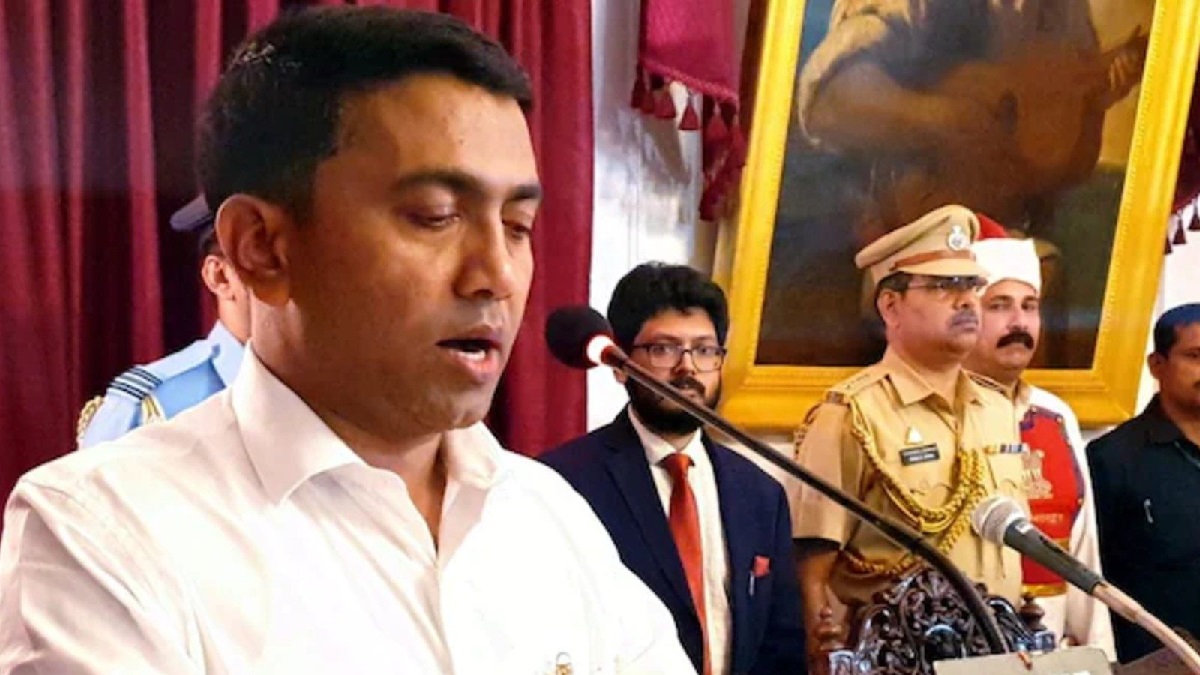 Goa CM Oath: Pramod Sawant was sworn in as the Chief Minister of Goa on March 28, 2022, for a second time in the presence of Prime Minister Modi, Defence Minister Rajnath Singh as well as other dignitaries. Pramod Sawant, a three-time MLA, led Bharatiya Janata Party to win 20 seats in the recently concluded 40-member Goa Assembly Elections.

As Pramod Sawant will take an oath as the Chief Minister of Goa for the second time, the swearing-in ceremony is expected to be attended by Prime Minister Narendra Modi, Defence Minister Rajnath Singh along with other top leaders of BJP.

The top leaders of BJP have so far been silent on the number of the other cabinet ministers who will be sworn in on March 28, 2022. Pramod Sawant while commenting on Goa Cabinet Ministers said, “You will come to know about it tomorrow. Right now, I don’t know how many ministers would be sworn-in.”

Besides Goa Chief Minister, The Goa Cabinet can have 11 ministers. This will also be the second time that the Chief Minister of Goa will be sworn-in outside the Raj Bhavan premises.

Manohar Parrikar, in 2012, had taken oath as the Chief Minister of Goa at Campal Ground in Goa Capital Panaji after BJP had emerged as the single largest party in the House.

Pramod Sawant is an MLA from Sankhalim in North Goa who was elected as the Speaker of Legislative Assembly when BJP formed its government in Goa under the leadership of Manohar Parrikar in 2017.

Sawant was sworn in as the Chief Minister of Goa for the first time in 2019 after the demise of Manohar Parrikar.

Bharatiya Janata Party, in the recently concluded Goa Assembly elections 2022, won 20 seats, one short of the majority in the 40-member House. The two legislators of Maharashtrawadi Gomantak Party (MGP) and three Independent MLAs extended support to the BJP to form government in the coastal state.