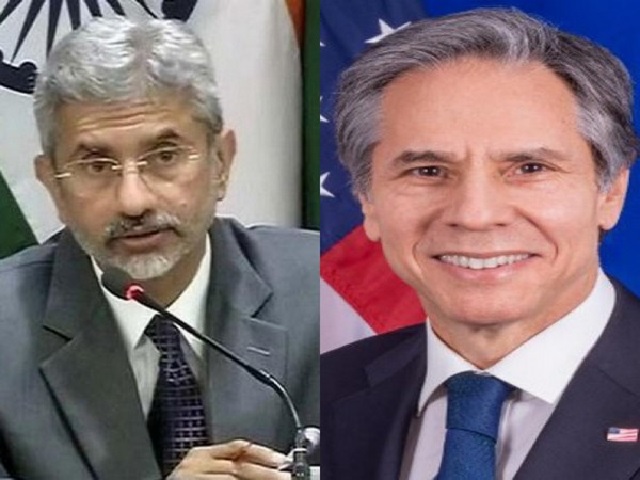 Amid the Afghanistan crisis as Taliban takes over the charge, the External Affairs Minister S Jaishankar and the US Secretary of State Antony Blinken over a phone call discussed the ongoing crisis in the war-torn country. This was the second phone call between the two diplomats ever since Taliban takeover.

As per the US State Department, both India and the US have agreed to continue coordination in Afghanistan.

The call between Blinken and Jaishankar also takes place at a time when several countries around the world including India and the US have been evacuating their citizens from Afghanistan.

Productive call with @DrSJaishankar today about Afghanistan. We agreed to continue our close coordination.

India- US communication on Afghanistan:

The US State Department spokesperson Ned Price in a short statement on the phone call mentioned that Secretary Blinken and EAM Jaishankar have discussed the ongoing situation in Afghanistan and both the ministers have agreed to continue coordination in the disputed region.

Earlier on August 17, the External Affairs Minister of India had informed that he had spoken to Blinken over the latest developments that took place in Afghanistan on August 15.

What India said on Afghanistan situation?

EAM S. Jaishankar, during a press conference after a recent UNSC meet in New York on August 19, 2021, said that India has been following the events in Afghanistan very carefully and that the focus is on ensuring the security and the safe return of the Indian nationals who are still in the war-torn country.

The Minister also mentioned that the situation in Afghanistan is really what has been very much of the focus of his own engagements in the US where he talked to the UN Secretary-General, the US Secretary of State as well as other colleagues who were there.

He further added that at the current moment, India is like everybody else, very carefully following the developments in Afghanistan. The main focus of the Indian Government is to ensure security in Afghanistan and the safe return of Indian Nationals.

The future of Afghanistan has been hanging in balance as the country’s government collapsed on August 15, 2021, soon after President Ashraf Ghani fled Kabul to avoid more bloodshed by Taliban militants.

Taliban had entered the Presidential Palace in Kabul and had declared its victory over the Afghan Government.

Efforts are continuously being made to maintain stability in the country which has now come under the terror group. However, thousands of people have been rushing to the Kabul airport to flee the country as they are afraid of the Taliban’s brutal atrocities in the nation.

The latest situation in Afghanistan unfolded after the US decided to withdraw its troops from the country.