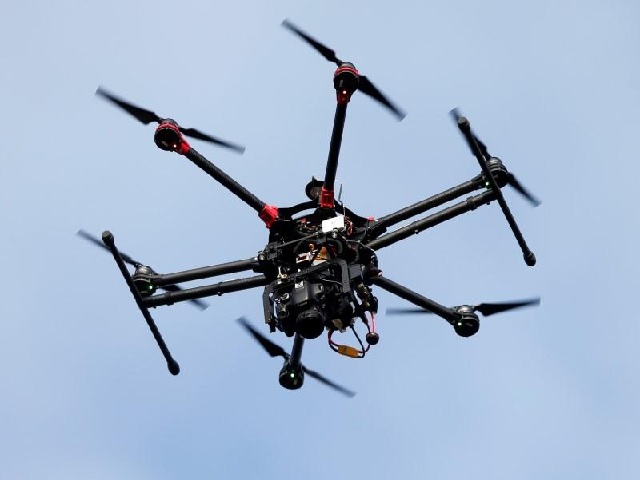 The Central Government on August 26, 2021, announced the new Drone Rules 2021. The new drone rules are the latest progressive ones that will significantly transform the Indian landscape for drones.

In a gazette notification, the Government said that the Civil Aviation Ministry has passed the New Drone Rules 2021 which will replace the Unmanned Aircraft System Rules 2021.

The New Drone Rules were announced by the Government on July 15, 2021, and the comments were invited from the industry and the stakeholders till August 5. The new rules were appreciated by the stakeholders for simplifying the procedures and for reducing the burden to operate a drone in India.

Prime Minister Modi on the announcement on the New Drone Rules 2021 via Twitter said that the new rules will help the start-ups and the youths working in this sector. It will open up new possibilities for innovation and business. ‘

The new Drone Rules will tremendously help start-ups and our youth working in this sector. It will open up new possibilities for innovation & business. It will help leverage India’s strengths in innovation, technology & engineering to make India a drone hub.

1.The relaxation in New Drone Rules stipulates, no security clearance will now be required before any registration or license issuance for the operation of drones.

New Drone Policy announced. Under Drone Rules 2021, no security clearance is required before registration or licence issuance. Fees for permissions reduced to nominal levels.
Maximum penalty reduced to Rs 1 lakh, not applicable to penalties in respect of violation of other laws.

2. As per the new Drone rules, the fees for the permissions to operate drones in the country have been reduced to nominal levels.

3. Drone corridors will be developed for cargo deliveries.

4. The coverage of drones under Drone Rules 2021 has been increased from 300 kilograms to 500 kilograms in order to include heavy payload-carrying drones and drone taxis.

Coverage of drones under Drone Rules 2021 increased from 300 kg to 500 kg to include heavy payload-carrying drones & drone taxis. No security clearance required before any registration or licence issuance. Fees for permissions reduced to nominal levels

6. The maximum penalty under the Drone Rules 2021 has been reduced to Rs. 1 lakh. It will, however, will not apply to the penalties in respect of violation of other laws.

8. Online registration of all the drones will happen through the Digital Sky Platform. The easy process has also been prescribed for the transfer and de-registration of drones.

9. Under new rules, an opportunity for the regularization of existing drones in India has now been introduced. No pilot license will now be required for operating nano-drones and micro-drones for non-commercial use.

10. Safety measures such as ‘No permission- no take-off’, geo-fencing, real-time tracking beacon, etc. to be notified in the future. Under new rules, a minimum of six months’ time will be provided for compliance.

11. All drone training and examination will be carried out by an authorized drone school. Directorate General of Civil Aviation will prescribe training requirements, provide pilot license online and oversee drone schools.

12. The import of drones will be regulated by the Directorate General of Foreign Trade (DGFT).

Unmanned Aircraft Systems Promotion Council to be set up to facilitate a business-friendly regulatory regime. Import of drones to be regulated by DGFT (Directorate General of Foreign Trade). Drone corridors will be developed for cargo deliveries, under Drone Rules 2021 pic.twitter.com/1Nt4PJjb8J

• The Drone Rules, 2021, will facilitate investments in drone technology in India and will aid in simplifying the process of registration.

• The abolishment of restrictive practices and stringent license regime under the new Drone Rules by the government will offer flexibility to players in the sectors.

• An airspace map on the digital sky platform will provide access to real-time updates for drone operation in India in various zones.

The recent incidents at Jammu Air Force Station have put the focus of the government on safety and security risks associated with drone operations.

The need for the change in drone rules in India can be seen in the light of disappointment over older rules that were much stringent with over-regulation.