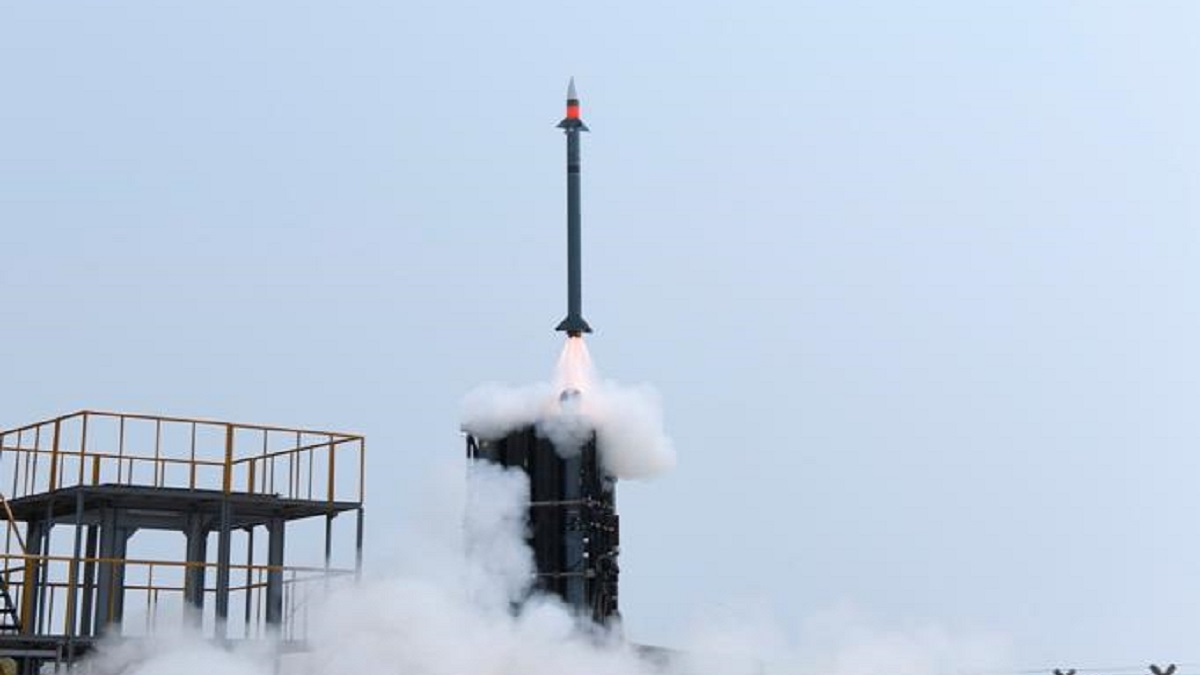 The Medium Range Surface to Air Missile system has been developed jointly by DRDO and Israel Aerospace Industries (IAI).

The tests were conducted at the Integrated Test Range, Chandipur, off the coast of Odisha. The flight tests were carried out with the weapon system in deliverable configuration.

The Medium Range Surface to Air Missile system has been developed jointly by DRDO and Israel Aerospace Industries (IAI).

Union Defence Minister Rajnath Singh congratulated the Indian Army, DRDO and the industry for the successful flight tests of MRSAM-Army. He said that both the successful tests establish the capability of the weapon system in intercepting targets at critical ranges.