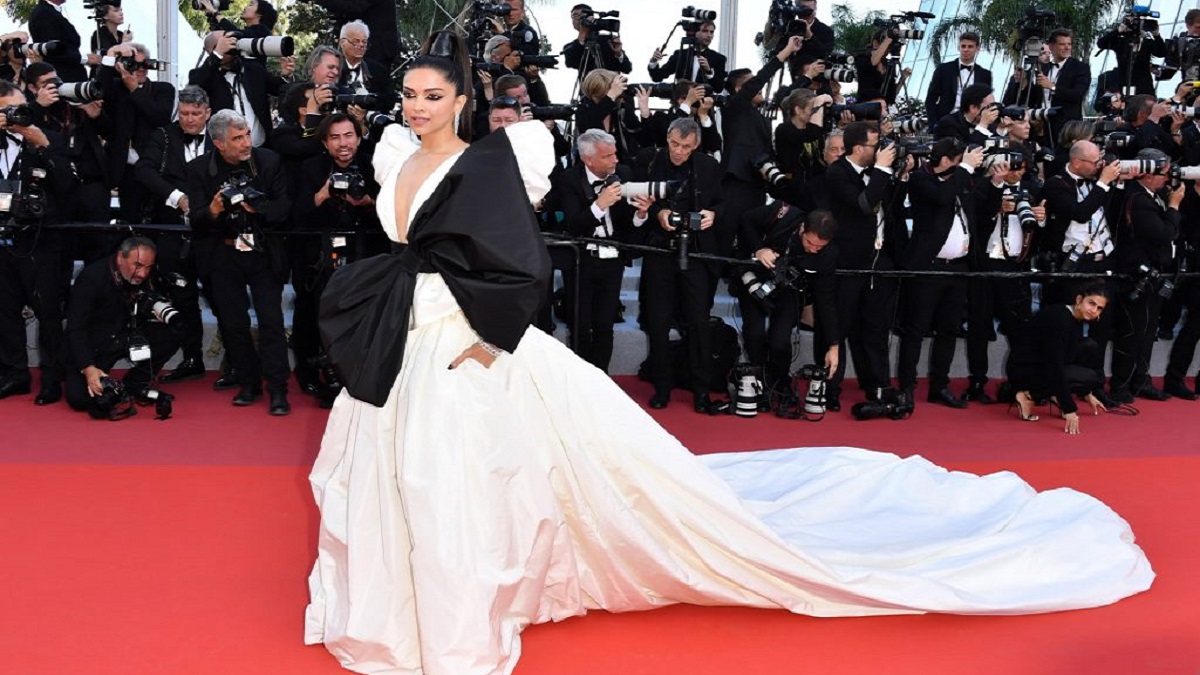 Deepika Padukone has been chosen to be a part of the exclusive jury for the 75th Cannes Film Festival. The actress herself shared the news on her social media by sharing an image of the other jury members including Oscar-winning filmmaker Asghar Farhadi, British actress and filmmaker Rebecca Hall, Swedish actress Noomi Rapace, and Italian actress Jasmine Trinca, French film director Ladj Ly and Norwegian film director Joachim Trier.

The Cannes Film Festival revealed the eight-member jury and the jury President on April 26, 2022. The special jury will announce this year’s winners at a gala ceremony in Cannes on May 28. French actor and filmmaker Vincent Lindon will be the president of the special jury.

Read Also: What will Elon Musk do with Twitter? Know his proposed plan to transform Microblogging platform

Deepika Padukone only Indian member of the 75th Cannes jury

She was named by the Time Magazine among 100 Most Influential People in the World. Her film credits listed include Chhaapaak, 83, Piku, Padmaavat and her latest release, Gehraiyaan.

1. Chetan Anand: The Neecha Nagar director was invited to be a member of the jury at Cannes Film Festival 1950 but he politely refused saying that he did not qualify to be a part of such an enlightened panel. Chetan Anand was the eldest brother of legendary actor Dev Anand.

2. Mrinal Sen: The legendary filmmaker served on the Cannes Jury in 1982. His film Kharji won the Jury Prize at Cannes in 1983.

3. Mira Nair: The veteran filmmaker and producer had served as a jury member of the Cannes Film Festival in 1990. Her film Salaam Bombay had won the Audience Award at the 1988 edition of the film festival.

4. Arundhati Roy: The Booker Prize winner served as a Cannes jury member in 2000. She gained international recognition for her novel ‘The God of Small Things.’

5. Aishwarya Rai Bachchan: Aishwarya Rai was the first Indian actress who made it to the Cannes jury in 2003. Her first appearance at the prestigious festival was a year before along with Shekhar Kapur for a special screening of her film ‘Devdas’.

6. Nandita Das: The critically acclaimed actor and director served as a Cannes jury member twice, first for feature films in 2005 and the second time for Cinefondation and Short films in 2013. Das has done over 30 feature films, most of which were not mainstream. Her film Manto was screened at Cannes in 2018 and received an overwhelming response.

7. Sharmila Tagore: The veteran actress had served as a special jury member of the Cannes Film Festival in 2009. Her film Devi was in competition in the feature film category in 1962.

8. Shekhar Kapur: The Indian film director, producer, and actor served as a jury member in 2010 Cannes Fill Festival. He is known for films like Mr India, Bandit Queen and Elizabeth.

9. Vidya Balan: The Indian actress appeared as a jury member in Cannes in 2013.

Who was the first Indian actress to be jury of the Cannes Festival?

Aishwarya Rai was the first Indian actress to become a part of the jury of the Cannes International Film Festival. She had attended the Cannes Film Fetival 2003 as a jury member for feature films. Her first appearance at Cannes was in 2002 to present her film Devdas, after which she became a regular attendee.