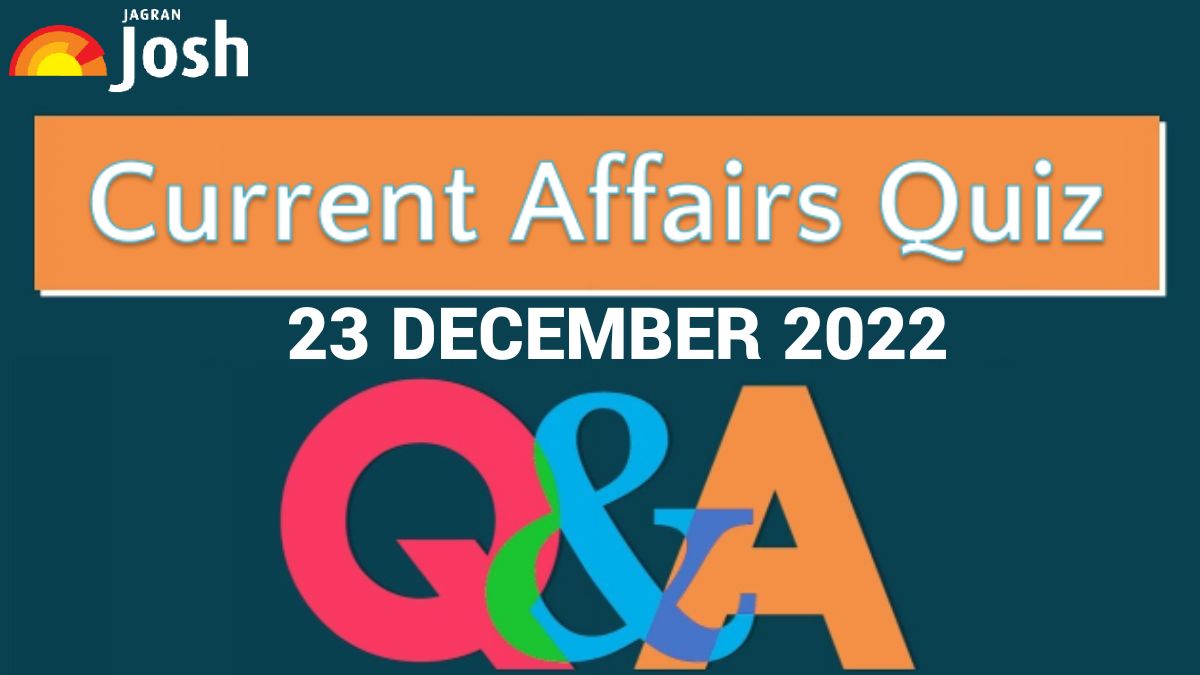 1. When is National Farmer’s day observed?

2. Which state has approved the warehousing and logistic policy 2022 recently?

3. Which female wrestler has been nominated for the United World Wrestling Rising Star of the Year honour?

4. Which state/UT has recently granted Industry status to its tourism sector?

(a). Ministry of Electronics and IT

(b). Ministry of Finance

(c). Ministry of Science and Technology

6. Who has been appointed as the next ambassador of India to Saudi Arabia?

7. Which company has got approval from the central government for nasal vaccines in India?

National Farmer’s Day is observed on December 23. It commemorates the birth anniversary of India’s fifth Prime Minister, Chaudhary Charan Singh, and his contributions to the upliftment of farmers in the country. On this day, awareness activities and initiatives are held around the country to educate people about the importance of farmers and their economic contribution.

In light of the world economy’s growth of new technologies, the Uttar Pradesh government has adopted the Uttar Pradesh Warehousing and Logistics Policy-2022, which will assist the state in reaching a one-trillion-dollar economy. The decision was made during a cabinet meeting on December 22, 2022. According to a government spokeswoman, this programme was created to strengthen the state’s logistics ecosystem in order to establish an international-level business climate.

The Assam cabinet has accepted a proposal to provide industrial status to the state’s tourist sector in order to attract investments and create jobs. Restaurants, cafeterias, health clubs, spas, and wellness facilities, among others, in the state are eligible for incentives under the industrial strategy with this award

5. Answer- (a). Ministry of Electronics and IT

The government has approved a booster dose of Bharat Biotech’s nasal Covid vaccination. According to Health Ministry officials, the nasal vaccination has been approved for anyone over the age of 18. The vaccine will be accessible at private hospitals for a booster dosage in the initial phase, according to the company, and will be available on the Co-WIN platform.