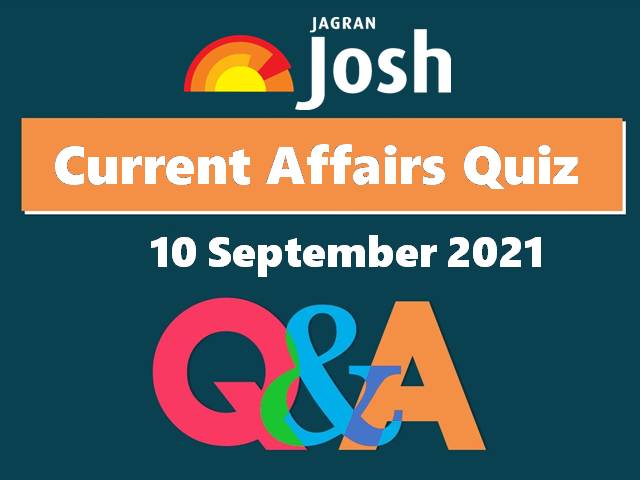 1. When will the Bhabanipur Assembly by-election be held?

2. Who has BJP fielded against West Bengal CM Mamata Banerjee from Bhabanipur?

3. Who has been named as the winner of 2021 International Young Eco-Hero award?

4. India and ADB signed a 300 million dollar loan agreement to expand rural connectivity in which state?

5. Which nation’s cricket board has refused to host the Afghanistan men’s cricket team?

6. India will hold ‘2+2’ dialogue with which nation on September 11 to discuss Afghanistan and Indo-Pacific region?

7. IOC has suspended which nation until the end of 2022 after it failed to send a team to Tokyo Olympic Games 2020?

8. Who has been named as the new captain of Afghanistan’s men’s cricket team for the T20 World Cup?

The Bhabanipur Assembly bypolls are scheduled to be held on September 30 and the counting will be held on October 3, 2021. Bhabanipur is the traditional seat of West Bengal Chief Minister Mamata Banerjee.

A 12-year-old environmental activist Ayaan Shankta from Mumbai, India, has been named as the winner of 2021 International Young Eco-Hero award for his efforts to solve tough environmental problems. Ayaan won third place in the 8-14 years age group category for his project ‘Conservation and Rehabilitation of Powai Lake’.

Cricket Australia said that it will not host the Afghanistan men’s cricket team for the proposed Test match if “women’s cricket will not be supported in Afghanistan”. The announcement comes after the Taliban group prohibitted Afghanistan’s women from playing cricket.

The International Olympic Committee (IOC) has suspended North Korea until the end of 2022 after it failed to send a team to the Tokyo Games. The suspension means the country will miss out on the Beijing Winter Games.

Veteran all-rounder Mohammad Nabi has been named as the new captain of Afghanistan men’s cricket team for the upcoming T20 World Cup after Rashid Khan stepped down from captaincy in protest against the selection of the national squad without his inputs.