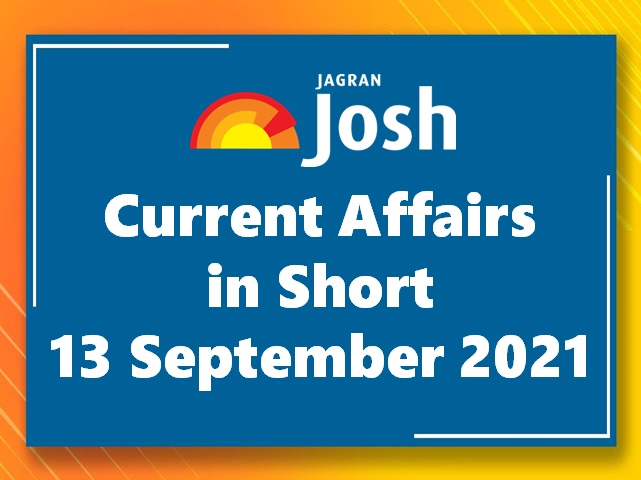 •Colexion is an NFT (Non-Fungible Token) platform for sports, entertainment, and art. Colexion announced the official launch of the largest licensed platform on September 10, 2021. The user pre-registration program has begun.

•Colexion is an NFT trading and community platform that provides users to buy, sell, and trade NFTs of their favorite superstars. The platform will feature NFT collections of global stars that users can buy and own collections of celebrities.

•Each NFT will carry a unique record on the blockchain. The users can buy the NFT collectible through purchasing or trading on the platform. General payment methods such as credit cards have been made available so that mainstream consumers can participate.

•As a part of the Azadi Ka Amrit Mahotsav, the Ministry of Food Processing Industries is celebrating Food Processing Week from September 6 to 12, 2021, through various programmes.

•Under the week-long campaign, more than Rs 43 lakh worth of seed capital was transferred on September 11 to District Project Management Units of State Rural Livelihoods Mission, SRLM for 135 SHG members in Uttar Pradesh under the Pradhan Mantri Formalization of Micro Food Processing Enterprises (PMFME scheme).

•The success story of the beneficiary of the PMFME scheme and Gajanan Agro Industries in the Aatmanirbhar Enterprises series were also published on the social media channels of the Ministry.

•A National Webinar on Milk Processing and Value Addition under One District-One Product by the Ministry was also organized. A video on awareness about food wastage was also released on social media during the food processing week.

•The United Nations Secretary-General Antonio Guterres is all set to convene a high-level humanitarian conference for Afghanistan on September 13, 2021, to address the humanitarian needs in the war-torn country.

•The meeting happens at a time when the levels of acute malnutrition are above emergency thresholds in 27 of 34 provinces in Afghanistan, as per ANI.

•Almost half of the children under 5 years of age and 1/4th of the total number of pregnant and breastfeeding women in Afghanistan need life-saving nutritional support over the next twelve months, stated the World Food Programme.

•A total of 6 states and union territories (UTs) in India have achieved the milestone of administering the first dose of COVID-19 vaccine to 100 per cent of their eligible adult population.

•Reddy further stated that the Conference of Tourism and Culture Ministers of North East states is a great opportunity to showcase the potential of tourism in the region and focus on building back the confidence among tourists amid the coronavirus pandemic.