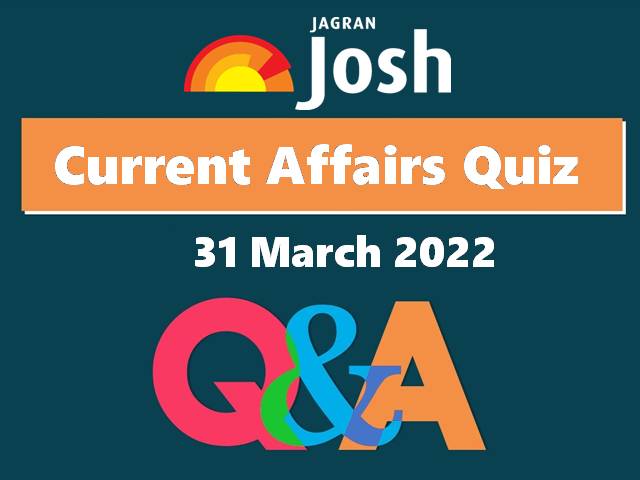 2. Who is known to be India’s first female doctor?

3. The centre had removed AFSPA Act completely from which among following states in 2018?

b) Jammu and Kashmir

5. Which country’s president has dissolved the parliament, 8 months after suspending it?

6. Which state government has launched a field task force for the rehabilitation of homeless children?

7. Who among the following actors has announced his retirement from acting after being diagnosed with aphasia?

Anandi Gopal Joshi’s 157th birth anniversary was observed on March 31, 2022. Anandibai Joshi was one of India’s first female doctors of western medicine along with Kadambini Ganguly. She had secured a degree in medicine at the age of 21 from Women’s Medical College of Pennsylvania.

The Armed Forces Special Powers Act (AFSPA), 1958 was enforced in Jammu and Kashmir in September 1990 and has been in force since them.

Tunisia’s president, Kais Saied, issued a decree on March 30, 2022 dissolving parliament. He dissolved the parliament after it defied him by voting to repeal decrees he had used to assume near-total power.

The Delhi government led by Chief Minister Arvind Kejriwal has set up a field task force for the rehabilitation of homeless children in the national capital. The task force will focus on identifying and providing educational, financial and guardianship support to homeless children.

Die Hard star Bruce Willis has announced retirement from acting after being diagnosed with aphasia, a disease that is impacting his cognitive abilities. The 67-year-old has appeared in around 100 films in his career spanning through 4 decades including ‘The Sixth Sense’ and ‘Pulp Fiction’.