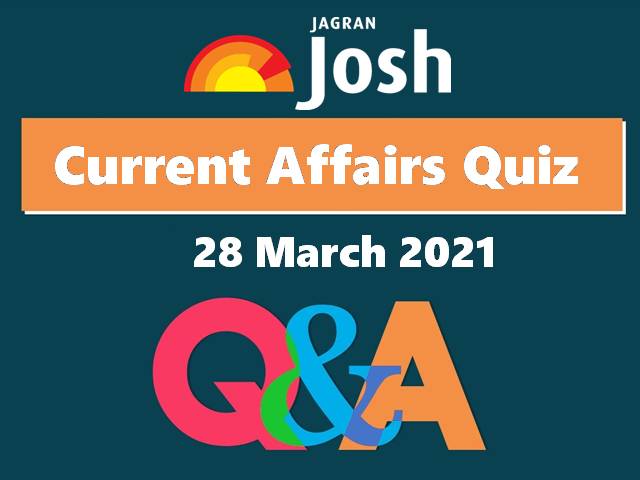 b) The Power of Dog

2. Which Indian city is ranked as the second noisiest city in the world?

3. Who won the Best Actress honour at the 94th annual Academy Awards?

4. Which airline’s flight collided with an electric pole at the Delhi airport earlier on March 28th?

5. Which among the following teams has not qualified for ICC Women’s World Cup semifinals?

6. Who is the captain of Lucknow Super Giants?

CODA won Best Film honour at Oscars 2022, beating other major contenders including The Power of Dog, Dune, West Side Story and King Richard. With this, Apple TV+ has created history by becoming the first streaming service to win the Academy Award for best picture. CODA is a heart-touching drama that revolves around a daughter of deaf parents who pursues her passion for music. CODA has a predominantly deaf cast and also won awards for best-supporting actor, which was won by Troy Kotsur and the best-adapted screenplay.

India’s Moradabad city in Uttar Pradesh has been ranked as the second noisiest city in the world just after Bangladesh’s capital Dhaka in UNEP’s Annual Frontier Report 2022 titled ‘Noise, Blazes and Mismatches’. Five cities Indian cities have been ranked among the world’s noisiest cities including New Delhi, Kolkata, Jaipur, Asansol and Moradabad.

Jessica Chastain won the Best Actress award at the 94th annual Academy Awards for her leading role in ‘The Eyes of Tammy Faye’. This is her first Oscar win. Other actresses nominated in the category included Penelope Cruz (‘Parallel Mothers’), Kristen Stewart (‘Spencer’), Nicole Kidman (‘Being the Ricardos’) and Olivia Colman (‘The Lost Daughter’).

SpiceJet flight collided with an electric pole before takeoff at the Delhi Airport during its pushback. The aircraft was SpiceJet flight SG 160 and it was headed towards Jammu from Delhi.

PV Sindhu beat Thailand’s Busanan Ongbamrungphan by 21-16, 21-8 to win the women’s singles title at the Swiss Open Super 300 badminton tournament in Basel on March 27, 2022. This is PV Sindhu’s second title in 2022 after she won the Syed Modi India International in January.

HS Prannoy lost against Indonesia’s Jonatan Christie in the Swiss Open 2022 men’s singles final to finish as runner up. The world no. 26 lost in two straight sets of 12-21, 18-21 against the Asian Games gold medalist and fourth-seeded Jonatan Christie in a 48-minute clash.