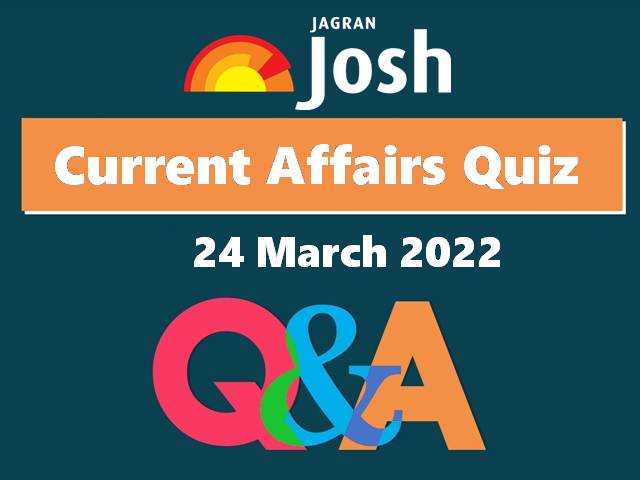 1. India Women will face which team in their last group stage match in the ICC Women’s World Cup 2022 on March 27th?

2. Which among the following teams has qualified for the Women’s World Cup 2022 semifinals?

3. Who has been named the new captain of Chennai Super Kings?

4. Who has become the fastest cricketer to score 8000 Test Runs?

5. When will CM-designate Yogi Adityanath be sworn in as the Chief Minister of the state?

6. Which country has fired a suspected intercontinental ballistic missile?

7. When is Assam Rifles Day observed?

8. When is World Tuberculosis Day observed?

Australia has already confirmed its place in the semifinals with 12 points, while South Africa is also most likely to go through as it has 9 points so far. Other three teams -New Zealand, Bangladesh and Pakistan are out of the race.

MS Dhoni has handed over the captaincy of Chennai Super Kings (CSK) to all-rounder Ravindra Jadeja ahead of the start of the IPL 2022 season. The veteran cricketer announced on March 24th that he will be stepping down as CSK captain. MS Dhoni, known as the King of IPL Captains, has led Chennai Super Kings to win the IPL title four times.

Former Australian skipper Steve Smith has become the fastest to score 8000 runs in Test cricket, surpassing Sri Lankan great Kumar Sangakkara. Smith achieved the milestone in his 151st innings, while Sangakkara had achieved it in his 152nd innings.

After Bharatiya Janata Party’s historic win in UP Assembly Elections 2022, Yogi Adityanath is all set to return as the Chief Minister of Uttar Pradesh for a second term. The oath ceremony of UP CM will take place on March 25, 2022, and as per the reports, grand plans are underway for the upcoming event.

North Korea fired what is suspected to be an intercontinental ballistic missile (ICBM) towards the sea off its east coast on March 24, 2021, as per the militaries of South Korea and Japan. This missile has reportedly landed in Japan’s exclusive economic zone. This could possibly be the first full-capability launch of an intercontinental ballistic mission by nuclear-armed North Korea since 2017.

World Tuberculosis Day is observed every year on March 24 all over the world. World TB Day 2022 raises awareness about the serious bacterial disease that directly impacts the health of an individual and highlights the social and economic consequences of tuberculosis. World Tuberculosis Day 2022 also encourages people to talk about the disease and to spread the details of its treatment.