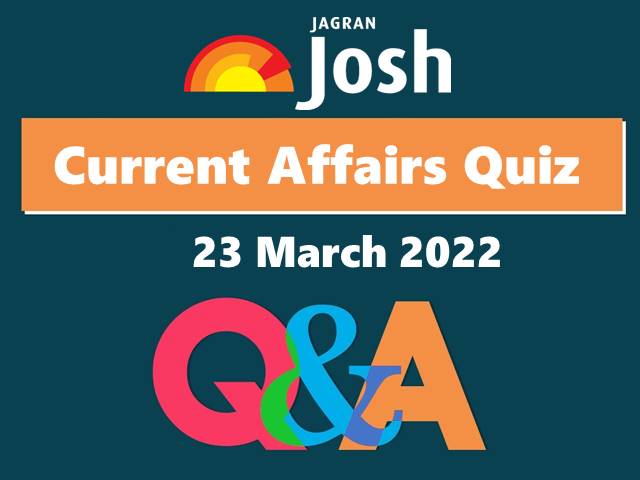 1. How many MLAs were sworn in as Cabinet Ministers of Uttarakhand on March 23, 2022?

2. How old was Bhagat Singh when he attained martyrdom?

3. Who among the following has announcement retirement from Tennis at 25 years?

4. When is Martyrs’ Day observed?

6. India is ranked at which position on the ICC Women’s World Cup 2022 Points Table?

7. When will 94th Academy Awards be telecasted in India?

Bhagat Singh was just 23 years old when he was hanged to death by the British in Lahore Jail on March 23, 1931 along with two other freedom fighters Rajguru and Sukhdev.

World number one Ashleigh Barty shocked the world on March 23, 2022 by announcing early retirement from tennis at the age of 25 years. She dropped the big announcement just weeks after she became the first Australian to win Australian Open in 44 years. Ashleigh Barty is a three-time Grand Slam singles champion and reigning Wimbledon and Australian Open champion.

Martyrs’ Day is observed every year on March 23rd to remember the three valiant Indian freedom fighters Bhagat Singh, Sukhdev Thapar and Shivaram Rajguru, who were hanged to death on this day in 1931 by the Britishers.

Australia is ranked at the top of the ICC Women’s World Cup 2022 Points Table, maintaining its unbeaten streak, followed by South Africa at second position with just one loss in five matches.  India jumped to the third place pushing West Indies to the fourth position after its thumping win over Bangladesh by 110 runs.

India climbed to third position and pushed West Indies to the fourth place on the Women’s World Cup 2022 Points Table after its thumping victory against Bangladesh. With the win, India has kept its semifinal hopes alive.  India can qualify for the ICC Women’s World Cup semi-final if they win their last group-stage match against South Africa at the Hagley Oval, Christchurch on March 27, 2022.

The 94th Academy Awards will be telecasted live in India early morning at 5.30am in March 28, 2022. It will be aired live on Star Movies and Star World. The Oscars 2022 will witness the power-packed performances by an ‘all-star band’ including Travis Barker, Sheila E., pianist Robert Glasper, and Adam Blackstone, evening’s music dire.