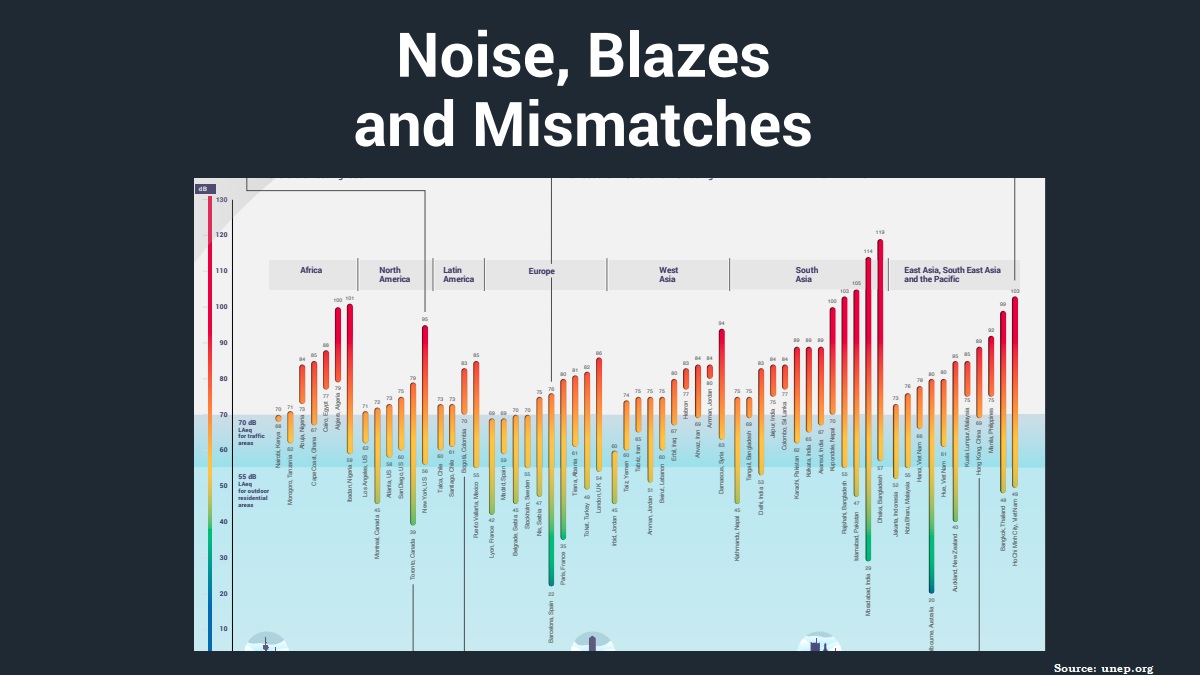 Five cities Indian cities have been ranked among the world’s noisiest cities including New Delhi, Kolkata, Jaipur, Asansol and Moradabad.

Bangladesh’s capital Dhaka has been ranked as the noisiest city in the world with Pakistan’s Islamabad ranked third. On the other hand, Irbid in Jordan was ranked as the quietest city, followed by Lyon in France and Spain’s capital Madrid.

The United Nations Frontier Report 2022 ranks 61 cities in total, including 13 from South Asia, 10 from Europe, 10 from West Asia, 11 from East Asia, South East Asia and the Pacific, 7 from Africa, 6 from North America and 4 from Latin America.

Note: The data has been compiled from various published studies.

As per 1999 WHO guidelines for community noise, the recommended noise limits are 55 dB LAeq for outdoor residential areas and 70 dB LAeq for traffic and commercial areas.

The Frontier Report 2022 chapter titled Listening to Cities: From Noisy Environments to Positive Soundscapes draws attention to noise pollution and its long-term physical and mental health impacts. It also highlights the measures that can be implemented to create positive and restorative soundscapes in urban areas.