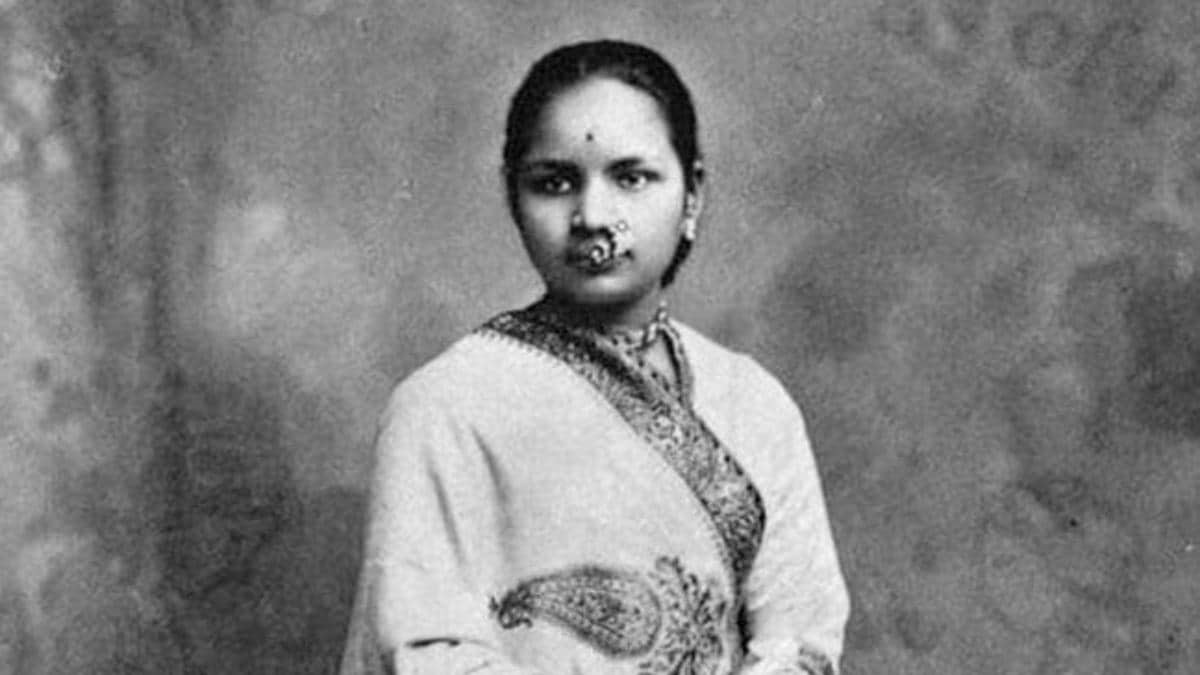 Anandibai Joshi was born on March 31, 1865 in a Marathi Chitpavan Brahmin family. She was married at the age of 9 years to a widower Gopalrao Joshi, who was twenty years older than her. Anandibai was originally named Yamuna, her husband changed her name to Anandi after marriage.

Gopalrao was a progressive thinker and supported education for women. He encouraged Anandibai to study medicine and create her own identity in the world.

Anandibai Joshi Birth Anniversary 2022: All You Need to Know about First Female Doctor of India

Who is Anandibai Joshi?

Anandibai Gopalrao Joshi was one of the first Indian female doctors of western medicine alongside Kadambini Ganguly. She was the first woman from Bombay presidency to study and graduate with a two-year degree in western medicine in the United States.

When was Anandibai Joshi born?

Who is the first lady doctor in India?

Anandibai Joshi is reported to be India’s first female doctor. She secured a degree in medicine at the age of 21 from Women’s Medical College of Pennsylvania.

Anandibai Joshi: Know All about her in 10 Points

1. Anandibai gave birth to a boy at the age of 14 years but the child lived for only ten days due to the lack of medical care. This was a turning point in her life and inspired her to become a physician.

2. Anandibai’s husband Gopalrao tried to enroll her in missionary schools but it did not work out and they moved to Calcutta, where she learned English and Sanskrit language.

3. Gopalrao sent a letter to an American missionary Royal Wilder in 1880 stating his wife’s interest in medicine and inquiring about a suitable post for himself in the US.

4. Wilder had published the letter in his Princeton’s Missionary Review and it came to the notice of Theodicia Carpenter, a resident of Roselle, who impressed by both Anandibai’s desire to study medicine and Gopalrao’s support for his wife, wrote to Anandibai.

5. Anandibai and Carpenter soon developed a close friendship and later Carpenter hosted Anandibai in Rochelle during her stay in the US.

6. Anandibai was sent to the US for her medical studies in 1883. Gopalrao convinced her to set an example for other women by pursuing higher education. Her decision to pursue her higher education abroad was met with strong criticism in the orthodox Indian society.

7. Anandi explained her decision to go to America to obtain a medical degree in an address to the community at Serampore College Hall in 1883 before her voyage to the US. She stressed on the need for female doctors in India. Her speech received publicity and financial contributions poured in from across the country.

8. She then travelled to New York from Kolkata by ship and was received by Theodicia Carpenter in June 1883. She was enrolled for the medical program in the Medical College of Pennsylvania by dean Rachel Bodley.

9. Anandi began her medical studies at the age of 19 and graduated with an MD in March 1886. The then British Monarch, Queen Victoria had sent her a congratulatory message upon her graduation.

10. She returned to India in late 1886 accompanied by her husband Gopalrao and received a grand welcome. She was appointed as the physician-in-charge of the female ward of a local hospital in the then princely state of Kolhapur.

Anandi Joshi died of tuberculosis on February 26, 1887, just a month before she was supposed to turn 22. She had been fatigued and felt constant weakness in the years preceding her death.

Her health had begun declining right from the time she was in Calcutta. She suffered from constant headaches, weakness, breathlessness and occasional fever. Though Theodicia Carpenter sent her medicines from the US, there was no encouraging result. She had gone to study medicine in the US despite her poor health.

Her health had worsened after she reached the US due to cold weather and unfamiliar diet and she had contracted tuberculosis.

She kept studying medicine till death. Her death was mourned by the entire nation and her ashes were sent to Theodicia Carpenter, who placed them in her family cemetery in Poughkeepsie, New York.

What happened to Gopal Rao Joshi after Anandibai’s death?

There is no official record of what happened to Gopal Rao Joshi after Anandibai’s death.